Justin Bieber in Talks to Star in ‘Entourage’ Movie: Adrian Grenier Wants Him! 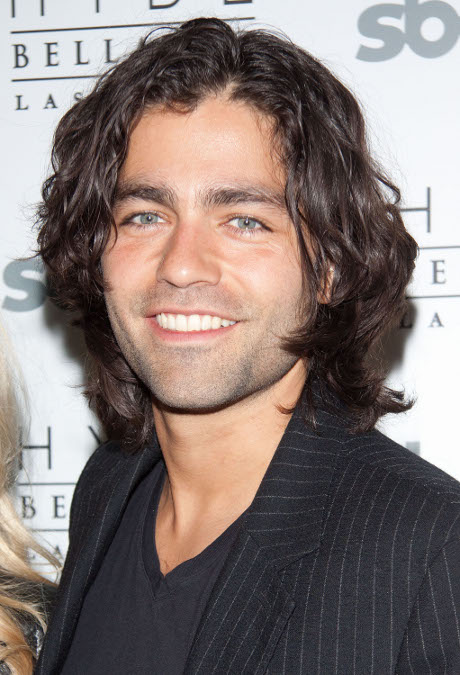 The world will never be able to get away from Justin Bieber. That is just a simple fact. He’s going to be 45, still wearing those ridiculous drop-crotch pants, and still singing “Baby Baby” to sold crowds. We all know that Bieber’s a singing sensation, one who’s taken the world by storm, but people sometimes forget that he also *cough cough* an actor of sorts. Remember that CSI role? Remember that #winning documentary Never Say Never? There’s definitely one actor in Hollywood who’s been captivated by The Bieber star power . . . . Entourage star Adrian Grenier.

Adrian Grenier was asked at the 5th Annual Tribeca Film Festival cocktail reception who he thought should star in an Entourage film, and he responded with, “Can I say Justin Bieber? Is that cool? I saw his documentary and thought he was so cool. I think he would be great!”

Interesting, interesting, interesting. You pulling our leg, Mr. Grenier? I guess he could be a nice edition to the movie. Perhaps he could make a cameo appearance and use some of his star juice and celebritosity to bring some real Hollywood action to the set? Who knows. The film is still sort of in talks and in the rumor stages, but supposedly there’s already a script circulating around Tinsel Town and Mark Wahlberg will most likely be making a cameo appearance in the film.

Are you excited for an Entourage movie? If the producers would like any help, I’d be more than happy to send them my idea of a strong premise: Super successful boy pop superstar (Bieber) becomes disillusioned with the celebrity life and, in turn, dons a pair of dark sunglasses that become a very lame but somehow effective disguise; he then meets a young girl (played by Selena Gomez, duh!) who desperately wants to make her break into Hollywood.

Things sort of go down hill from there and, of course, the Entourage crew will be there every step of the way to make sure things stay scandalous and borderline crazy. I imagine it to be a mash up of classic Olson Twin-style films and a good dose of Disney Channel Original Movie awesomeness. Thoughts?