Justin Bieber Got A Woman Pregnant When He Was 15 – Report 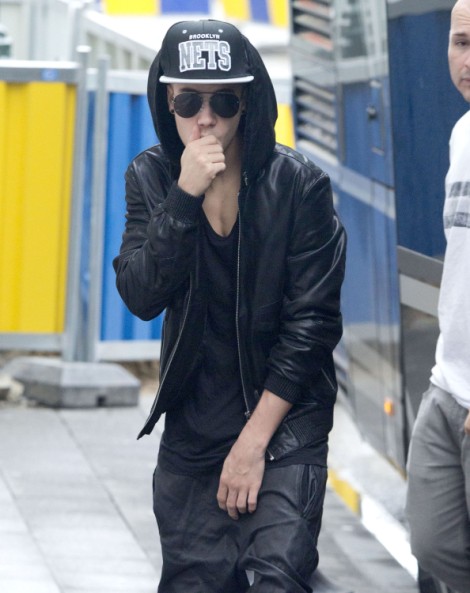 Ugh, this is just gross. Apparently Justin Bieber is a father. According to the tabs this week a liaison Bieber had three years ago with a European woman he met at a TGI Friday’s resulted in a little girl. And no, I did not just make that up. I’m not half that creative.

Star magazine is the source of this lovely heartwarming tale. Justin invited the 25-year-old woman back to his hotel where they played doctor for the night. In case your math isn’t too sharp this morning, this means he was 15 at the time. The lady found out she was pregnant weeks later but didn’t tell anyone because she wanted to keep her baby out of the spotlight. Star has grainy pics and texts between the two which can only mean one thing – this story’s legit! Just messing with you! I have zero interest in another Justin Bieber paternity story even if the pics/sources/woman in question were real and not just the result of a slow news week.

So anyway, there’s no word on whether Justin will bother denying this story. Why should he? He’s all about proving he’s a man so why not act like you’ve got a kid in every port? His reputation really can’t suck any more right now anyway. Did you see Usher on Ellen? He basically said Justin needs to grow up and stop being such a bitch. I paraphrased.  No one likes this kid right now. I suppose Selena Gomez still does but I’m still not convinced that isn’t just for the publicity. She’s way too smart for this kid.

So should we start calling Justin Bieber “daddy”? Where’s Maury Povich when you need him??