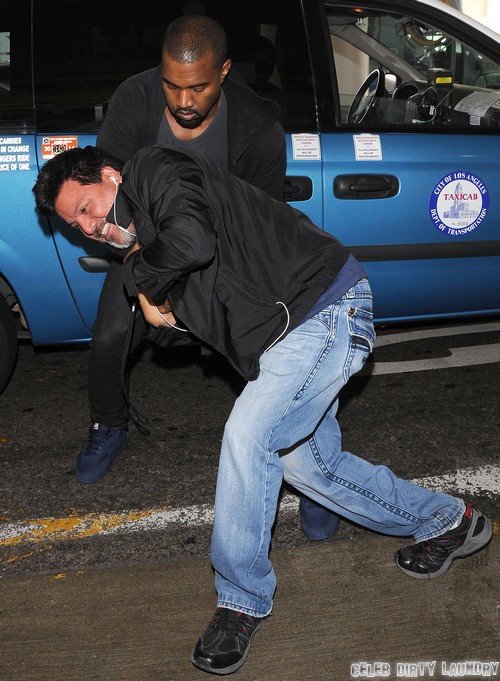 According to the latest report from US Weekly, Kanye West will appear on Kris Jenner‘s talk show and discuss Kim Kardashian and North West. What do you think she offered him in exchange? That she’ll stop trying to famewhore his daughter? That she’ll leave him and Kim alone? Whatever it is, it’s probably a hefty price since we know how Kanye feels about Kris Jenner and his own privacy.

He’s spoken before about wanting to keep North away from the media, so the fact that he’s agreeing to Kris’ talk show makes me think that there’s a reason he changed his mind. Did Kim force him to do it? I’m sure Kris’s original plan was to get Kim and Kanye on her show after North West was born, but that obviously didn’t work out. Maybe this is compensation?

Whatever the reason, this episode is bound to be hilarious. After all, Kanye’s not a man of many words and when he does speak, he’s usually screaming at people or giving hilarious quotes on his own talent. On the other hand, Kris will keep trying to turn the conversation to North West, and he’ll keep ignoring her and talking about his music.

Of course, the official report from US Weekly states that Kanye is ‘bringing it’ to the interview, and will be completely open in discussing his ‘love’ for Kim, North West, and what it’s like living with Kris. Yeah, let’s see if he’s ‘bringing it’ after the interview. They may have to do a lot of editing to make it seem like he is.

What do you guys think about Kanye getting interviewed by Kris Jenner? Does it make you laugh, or do you think it makes sense? Let us know your thoughts in the comments.