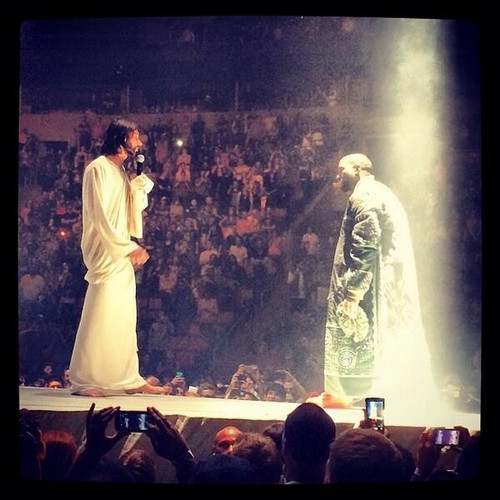 Kanye West just kicked off his Yeezus Tour with a concert in Seattle, that despite starting 2 hours late, garnered rave reviews for the rapper who compares himself to God. Less than 24 hours later Kanye cancelled his second performance, which was scheduled for Sunday night at Rogers Arena in Vancouver, Canada citing, “unforeseen circumstances.”

Earlier in the day Rogers Arena tweeted that Kanye’s concert had been cancelled, and rescheduled for Halloween night: 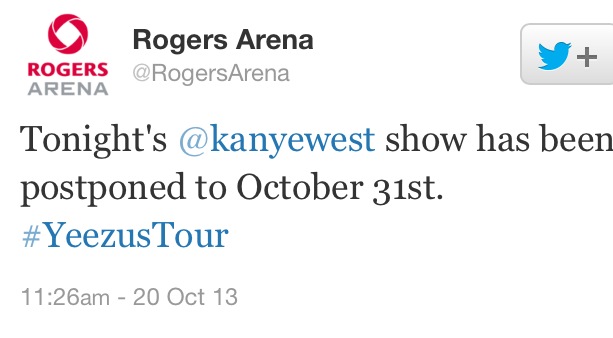 This tweet was met with frustration, and even disbelief. One person speculated that Rogers Arena twitter account had been hacked – possibly hoping as much – but Rogers Arena quickly squashed hacking rumors and confirmed that the concert was indeed cancelled. 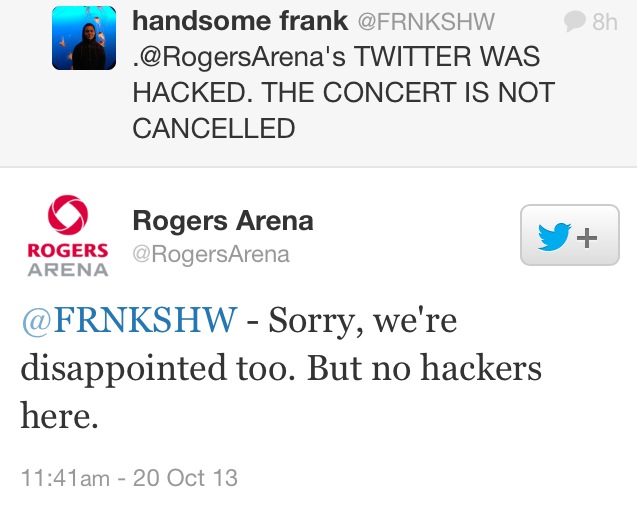 Rogers Arena was extremely apologetic towards those tweeting about the money and time they had spent to get to the cancelled Kanye concert, tweeting that it was, “unfortunate circumstances for everyone involved.”

Not much more is known at this time about what exactly the unforeseen circumstances that caused Kanye to cancel are, but I am sure Kanye – who to his credit is a passionate performer – will try to make amends with an over the top performance come Halloween night.