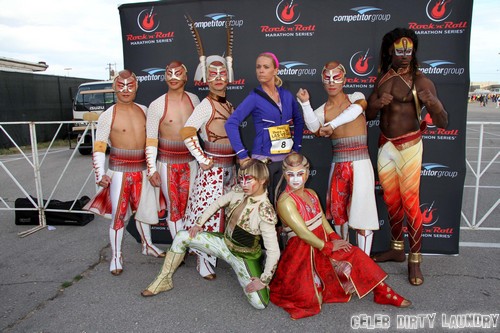 Kate Gosselin offends people using her Twitter. So what else is new? Instead of tweeting about the George Zimmerman trial directly, perhaps guessing that she’d be torn apart by Twitter followers, she decided to re-tweet a comment instead.

The comment she re-tweeted was from @AG_Conservative and it stated, “On a non-legal note, say a prayer for both the Zimmerman and Martin families. Neither will ever be the same again and it’s a real tragedy.”

Um, only one of those families actually lost someone while the other walked away scot-free, with no consequences and no penalty for murder. Why should we be praying for George Zimmerman again?

It’s somewhat telling that Kate decided to re-tweet this comment specifically. There were hundreds if not thousands of quotes about the George Zimmerman trial last night.  A lot of them were in support of Trayvon Martin, who after all did get killed, so it’s interesting that she decided to re-tweet a comment supporting Zimmerman instead of denouncing the fact that he got away after killing someone. Not only that, but the account she re-tweeted from, @AG_Conservative, basically has several days worth of tweets on the Zimmerman trial, and every single one of them supports Zimmerman.

Look, we’re not trying to say someone was wrong or right. The jury made their decision and while I personally disagree with it, that doesn’t mean that I’m not open to others’ opinions. But even then, I just do not understand how people actually feel sympathy for Zimmerman right now. The guy just got away with murder. Literally. Even if it was murder in self defense, it was still murder. And Trayvon’s family, in addition to never seeing him again, will never have the peace of knowing that the man who took his life was found guilty of at least something….

What do you guys think? Do you think that George Zimmerman’s family deserves sympathy? And are you happy or angry that Zimmerman got a ‘not guilty’ verdict? Let us know your thoughts in the comments.