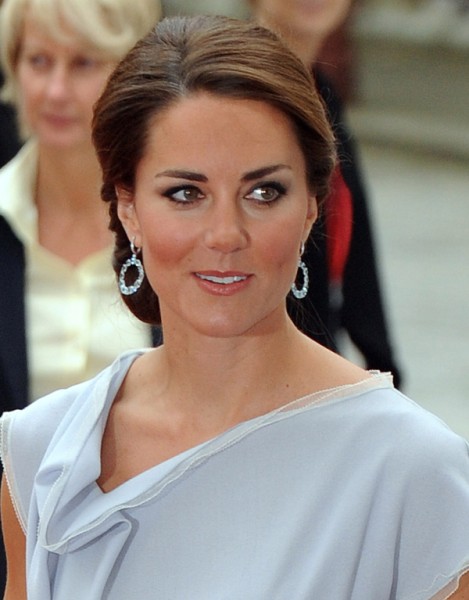 All of this nonsense is really just a testament to how boring Kate Middleton has become. The tabloids are going crazy over the Cressida Bonas possibilities. Even The Telegraph has a story about how Prince Harry’s new girlfriend could be a breath of fresh air for the monarchy since Kate has gone a little stale. Suffice it to say we’re all jumping the gun a little bit but we should have fun with these asinine stories while we can, right?

Well, even though Harry’s reps have come out and stated he will NOT be joining Cressida at her sister’s wedding that isn’t stopping the new couple from moving in together! See? I told you. Stupid. Booty calls and sleepovers? Yes, I’m down with that. Roommates? Even Harry isn’t that stupid.

But according to Now magazine, Harry is considering turning Prince William and Kate’s weekend home at Kensington Palace into a “love nest” when the royal couple moves out for roomier digs after the baby is born. So they’d all be kicking it together at Kensington? Dear God can this please be true? I could totally see Harry and Cressida bumming around hungover in their undies giving Kate nursing advice while she frantically tries to get the baby to latch on.

This story isn’t totally out of the realm of possibilities though. Kate and William lived together under the radar for years before making it official with Granny – first in college and then in Anglesea so Harry should be able to keep his pieces under the same roof too. And it’s not like Kensington is snug or anything. Those cottages and apartments are HUGE and there would be no way Cressida would run into Kate (or her mother) if she didn’t want to. Still, this is a long shot story.  For now, the only thing Kate will be sharing with Cressida is Harry’s attention. And that actually might be worse than the palace.

What do you think? Is Cressida Bonas moving in or are we all just too anxious for another Diana/Fergie friendship?