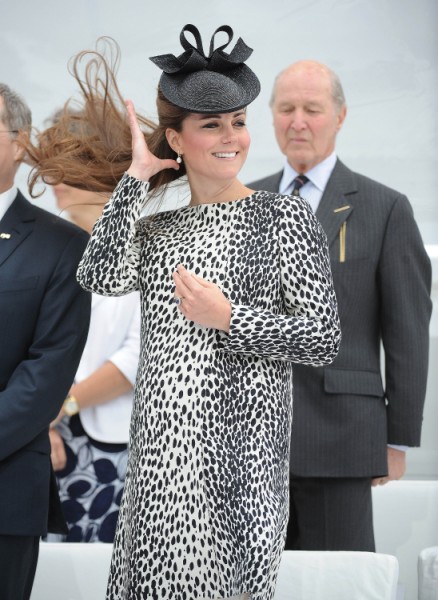 Oh Lord, as if Beyonce and Jay-Z didn’t need another reason to believe their daughter was special. It was revealed today that Blue Ivy Carter and the royal baby have more in common than just famous parents. They’re related! BIC and Baby Wales are officially cousins… 23rd cousins, twice removed. Well, that’s better than nothing! My 23rd cousin twice removed is probably some sheep farmer in Slovakia.

But Beyonce shouldn’t hold her breath on any royal invites anytime soon. Kate Middleton’s baby has quite a few Hollywood cousins. The Prince/Princess of Cambridge is also distantly related to Angelina Jolie and Brad Pitt’s kids as well as Jennifer Garner and Ben Affleck’s brood. Poor Reese Witherspoon. You know she’s pissed.

But I have to think Kim Kardashian has ugly cry face over this too. You just know she wanted North West on that list given that she stems from reality royalty and all. But I think this is just another case of Blue Ivy got there first. Do you sense there’s going to be a lot of competition between those two as they get older? Maybe it won’t be from them but I have a feeling the media is going to play it up. Like BIC will be praised for talent in all things whereas North will end up being the red-headed stepchild of the celebrity baby world. It has nothing to do with North. She can’t help it if her mom is a famewhore who gave her a famewhore name. But she’ll suffer the consequences whereas Blue will always get that pass. Having a little royal blood doesn’t hurt, does it? I bet not being Kim Kardashian’s kid is even better though.