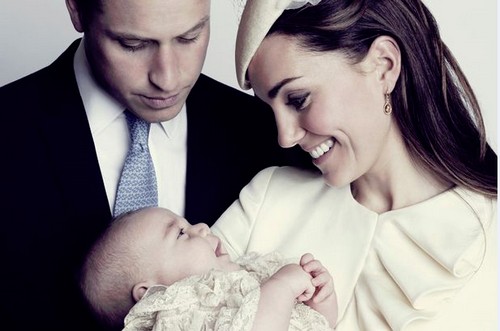 We have already told you in great detail just how utterly bitter Camilla Parker-Bowles is. After choosing to be Prince Charles‘ side dish for more than 30 years she truly believed that once they married it meant that she would be a lock for the crown beside her husband. Unfortunately for good ole Camilla Queen Elizabeth has made her preferences abundantly clear – she has every intention of putting Prince William and the beloved Kate Middleton on the throne next, regardless of Charles’ birthright.

In recent weeks Camilla has hardly been able to contain her venom, demanding a divorce with a hefty financial settlement and even disrupting Prince George’s christening. Everywhere Camilla goes she is either faced with William’s young family or else a million questions about them. According to photo proof in the Nov. 11th print edition of GLOBE Magazine this has caused Camilla to officially ban photos of William, Kate and even Prince George from the one place that she can control – her home.

Clarence House’s Morning Room is Camilla’s favorite place to entertain as it is warm and welcoming and filled with family photos. Well, most of the family is included. Recently Camilla got rid of all of the photos of Prince William, Kate and the royal heir because just the sight of Kate makes her rage. Since William is always with Kate he was also a casualty when Camilla decided to clean house. Meanwhile Charles’ other son, Prince Harry still is featured prominently in the room!

How much longer will the royal family continue to put up with Camilla’s antics? Are you surprised that her husband didn’t insist that both of his son’s be on display in the Morning Room? Tell us your thoughts in the comments below!