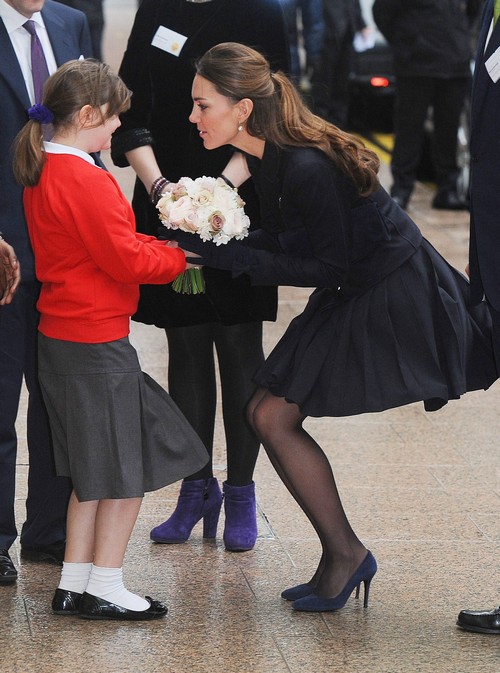 Prince Charles has lived his entire life knowing that eventually he would be King. To hear him tell it, the weight of that responsibility has caused him years worth of stress and anxiety. He has hated feeling like every moment of his life has been planned out for him and so perhaps this year he gave himself the biggest birthday gift of all, one of freedom. According to the Dec. 2nd print edition of GLOBE magazine on his 65th birthday Charles made it known that he has no intention of fighting for his birthright. He knows that Queen Elizabeth prefers the idea of Prince William and Kate Middleton ascending the throne next and he is fully supportive of the idea.

Charles thinks that it is in the best interest of the country to bring in the younger blood and he realizes how beloved both William and Kate are amongst the commoners. Charles is no fool here, he also understands the resentment and plain dislike that is felt towards his wife, Camilla Parker-Bowles. He understands that Elizabeth isn’t the only one that doesn’t want to see good ole Cami wearing that crown and he fears that the two of them together would certainly equal a bad joke unworthy of respect.

After announcing his decision to support William as the next king Charles felt a huge sense of relief. Sources close to the royals say that watching his mother’s health decline has added to his anxiety. There’s a huge difference between knowing your birthright and seeing proof there will likely need to be a change in the monarchy fairly soon. This past year has made Charles start to think seriously about everything and when he did, his final decisions shocked even him.

Do you think that William should be the next king? He will likely garner instant respect from the British people. Do you think that Charles would get the same kind of response? Tell us your thoughts in the comments below!