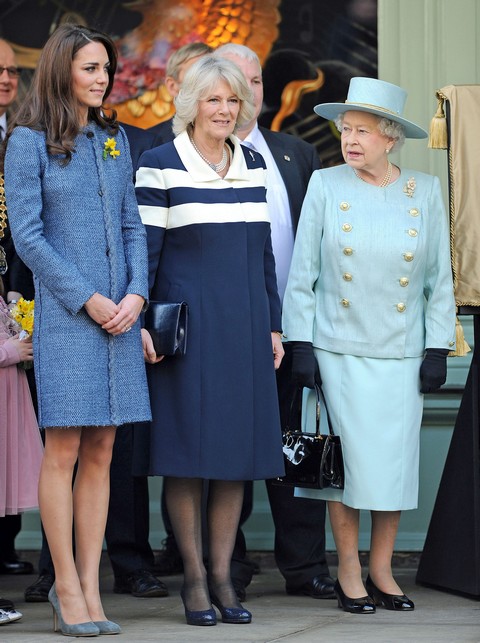 It’s a good thing that the royal’s (not counting Camilla Parker-Bowles because she has never counted) really seem to like Kate Middleton, because she really is doing an amazing job of shaking up all of the archaic royal traditions!  By the time all is said and done Kate may end up making Princess Diana look like a follower rather than the rebel that we once thought that she was.

This time around Kate is fighting for control over her baby’s nursery. Queen Elizabeth apparently wants palace staffers to dig out her ancient baby furniture so that Kate and Prince William can use it in their brand spankin’ new digs at Kensington Palace once it’s completed!  Here’s the big problem- mama Kate absolutely adores American baby stuff and that’s the direction that she plans to go in when decorating for her child. She and William are already looking for ways to do things their way without hurting the Queen’s feelings. Kate has registered with a few American baby registries and intends to give the info to those close to her. That way she’s sure to get some of the things that she wants. William has also suggested setting up an alternate nursery in their apartment, one that isn’t really used but looks like a tribute to the Queen’s archaic style!

Should Kate and William work to pacify the Queen while still doing things their own way? Do you think Kate can successfully continue to walk the line with her? She has really shaken things up already and bucked a few of the usually unquestioned royal traditions, do you think that the Queen will eventually grow tired of it? Will Kate end up treated the same way that Diana ultimately was?  Tell us your thoughts in the comments below!