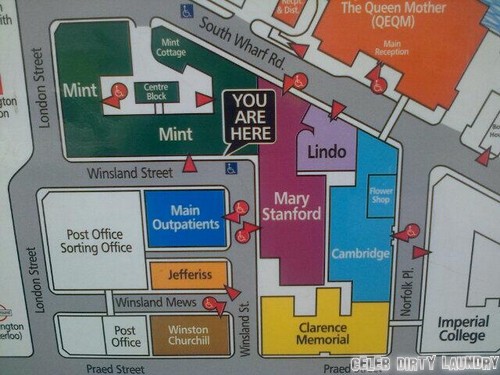 It is confirmed that Prince William and Kate Middleton have left Bucklebury and are headed to London. Could this mean that the royal birth is about to begin? Yes it could.

The couple has been staying with Kate’s parents for the last week. No doubt they were looking for a hideout as they wait for the arrival of their first child, which is now over a week late. According to US Weekly, William and Kate suddenly and abruptly left the comfort of her parents home. With police escorts and all the royal protection officers in tow, the couple are in a rush to get to London.

Even though the fact that the royal couple is headed back to London has sparked stories that the Duchess will be going straight to St. Mary’s Hospital to give birth, that has not yet been confirmed. However the actions certainly indicate that is the case. She is a week overdue and they are in a very big hurry to get back to London, that has me thinking that the royal baby is on his or her way.

As we wait to see if Kate is actually in labor I have to say I feel bad for her. Not only is she late but it is a million degrees in London and she is being hounded about the baby’s birth. It comes with the territory sure but man being pregnant would be overwhelming enough, much less having all this hoopla around it. Things are only going to get more amped up once her arrival at the hospital has been confirmed.

I like so many others am anxiously anticipating the arrival of the royal baby.  If this latest news is any indication that could only be a matter of time. Do you think Kate is really in labor or do you think this is all a ploy to throw off the media, especially those waiting outside the hospital? Tell us what you think in the below comments section.