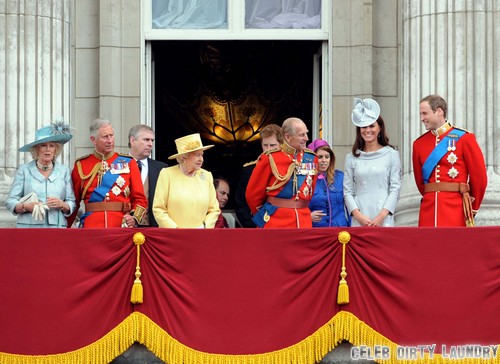 With each passing week it seems even more painfully obvious that Queen Elizabeth is indeed winding down her run as monarch of Great Britain. The fact that she has begun to delegate royal duties that, in years past she would never have missed, tells us an awful lot. In case we weren’t sure then Elizabeth’s 600-yard walk from her carriage to the front doors of a Parliament meeting made her failing health extremely obvious. She also messed up the speech that she had prepared, a mistake that this queen has not made before and it was considered a sign of her losing a grip on things

According to the May 27th print edition of GLOBE the queen is planning on announcing her resignation later this year. She regularly spends three months on vacation at Balmoral Castle from August-October and while there it’s expected that she’ll spend a good deal of time drafting her resignation speech.

Elizabeth handing many of her official duties over to Prince Charles makes sense because he is rightfully next in line to the throne but many insiders would rather see his son, Prince William take the throne instead. Camilla Parker-Bowles has no intention of allowing that though. She has waited for over thirty years to sit on that throne with Charles and is babbling to anyone that will listen about how she and Charles have won. Camilla even went so far as to have a load of plastic surgery done in a failed attempt to look younger and more refreshed when that day rolls around.

Still insiders say that while Elizabeth is lining Charles up to succeed her that doesn’t necessarily mean that he will. If she can find a way to get William there first she’s going to do it. Elizabeth believes that her grandson and Kate Middleton would freshen up the fading monarchy and that the British people would love that decision.

Will the Queen live long enough to resign? Do you think Camilla will ever be on that throne? Tell us your thoughts in the comments below!