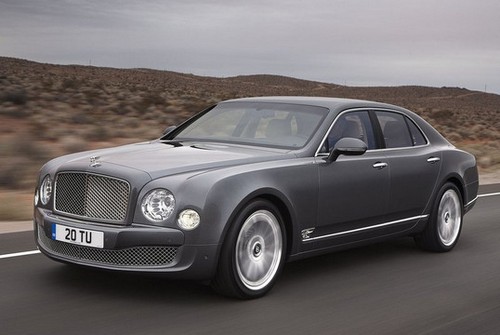 So much for the royal family’s exclusive partnership with Range Rover. According to reports, Prince William and Kate Middleton have a new car – and a pricey one at that. Apparently, they’ve gone and got themselves a nice, armored £250,000 Bentley to ‘keep them safe’.

While the security aspect makes perfect sense, it’s not like anyone’s really tried to hurt the royal family up until now. Of course, it’s always better to be safe than sorry and an armored car will always help when it comes to the loonies and crazies trying to get at the royal family – well, the armored car and dozens of security officers.

A palace rep already released a statement confirming the news, saying, “The Bentley is being leased by the Duke and the Duchess of Cambridge and Prince Harry for official engagements, which is no different to any other member of the Royal family.”

The report claims that in addition to being very secure and very expensive, the Bentley also has a top speed of 200 mph, a ‘luxurious interior’, wi-fi, steel armor, tyres resistant to deflation, and bullet-proof windows with thick glass. Talk about an upgrade.

However, it is definitely curious that Kate and Will decided to upgrade now, considering they seemed perfectly happy with their Range Rover. Is it that they wanted a flashier car, or they wanted a safer one? Or both? Could the fact that they have a new baby to look after have anything to do with it?