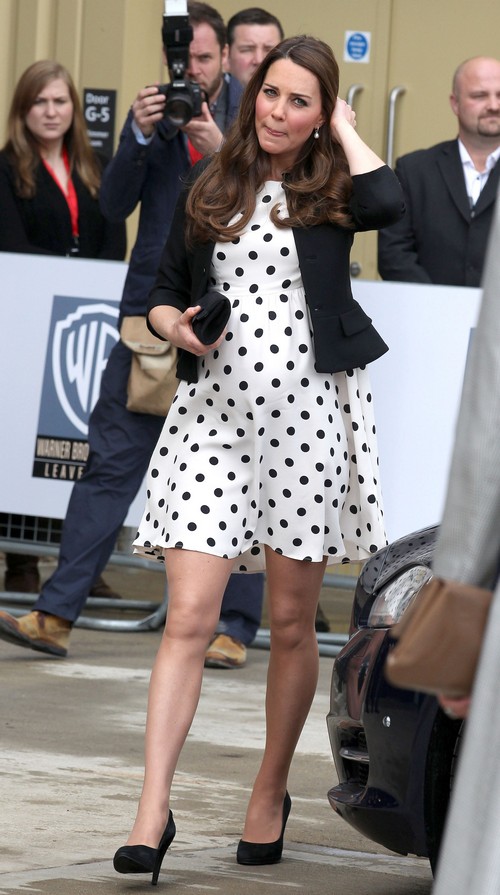 I think one of the things that I – and a lot of other people- like most about Kate Middleton is her refusal to play by the royal rules. Sure she loves Queen Elizabeth and she most certainly chooses her battles like a smart woman should. Her biggest bone of contention with the royal family is her pregnancy. She has made it perfectly clear that she and Prince William will be raising their baby as they see fit and that means that most of the standard royal traditions have already been tossed aside.

According to the May 20th print edition of In Touch, Kate intends to deliver her baby at the Royal Berkshire Hospital in Reading, just a few miles from her parents rather than at St. Mary’s in London. She has already made it perfectly clear that her parents will be very involved in the care of her child, with her spending a portion of the first six weeks with them rather than being surrounded by a team of nurses and nannies.

As for nannies in general, Kate and William want them around only during royal engagements. Otherwise they fully intend to be normal, hands on parents. They want their child to have as normal an upbringing as possible and that begins with them doing the heavy parenting work.

Kate has also come under fire for some of her maternity choices. We’re used to seeing royals covered up while pregnant but Kate is a modern woman that still likes her shorter skirts. The Queen has supposedly keeping an eye on Kate’s fashion choices but as of now the Duchess has shown a lot of leg to go along with her baby bump. She’s also used to being super active and while the Queen has minimized Kate’s schedule, on more than one occasion she has jumped right in to help with things such as planting public trees. Clearly Kate is calling all the shots and living through this pregnancy her way.

Do you think that Kate is smart to start breaking from tradition now? Will it make it easier to raise her child her way later on? Tell us your thoughts in the comments below!