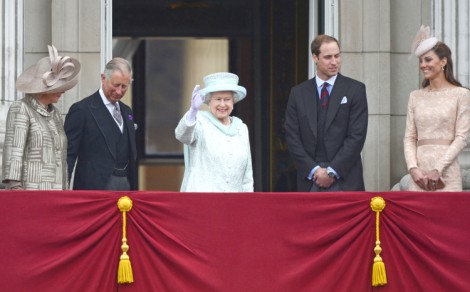 It does beg the question. If Kate Middleton’s baby girl is going to be a princess, what is she going to be the princess of? Parliament is finally debating whether to accept the succession reforms today. These are the ones that will make Kate and Prince William’s first born daughter (if they have one) Queen. There are other proposals as well but this is the big one. However, it’s not enough for MP Wayne David who also wants that little princess to be the Princess of Wales while she’s waiting for the crown, which will probably be a very, very long time.

The dude got rebuked because apparently it’s for the palace, not the government, to decide. But it’s a good question I guess. Who will be the next Princess of Wales? Kate Middleton should be, right? Why would the title go to her daughter? It’s really Camilla Parker-Bowles’ title since she’s married to the Prince of Wales but after the whole cheating thing and the death of Diana, Queen Elizabeth quite rightly decided to make her the Duchess of Cornwall instead. I assumed after Charles and Camilla took the throne that William and Kate would be the new Prince and Princess of Wales. But could Kate’s kid take the title before her leaving her the Duchess of Cambridge until she is Queen? Why does this have to be so confusing? And why does this kid have to be princess of anything?

After William’s wedding he was awarded the titles Duke of Cambridge, Earl of Strathearn and Baron Carrickfergus. Up until then he was just Prince William of Wales. Wouldn’t his daughter be Princess Whatever of Cambridge? Prince Andrew is the Duke of York and his daughters are the Princesses of York. What’s the big deal? I think this MP just misses having a Princess of Wales around.

Still… it would be amazing if the Queen gave Camilla’s title to Kate’s kid. That would definitely not help smooth over frosty relations but it would be awesome at the same time. But I think Kate will be the next Princess of Wales. That phantom baby will have to wait her turn.