Keira Knightley To Star In Fifty Shades Of Grey Movie, Teaming Up With Favorite Director? 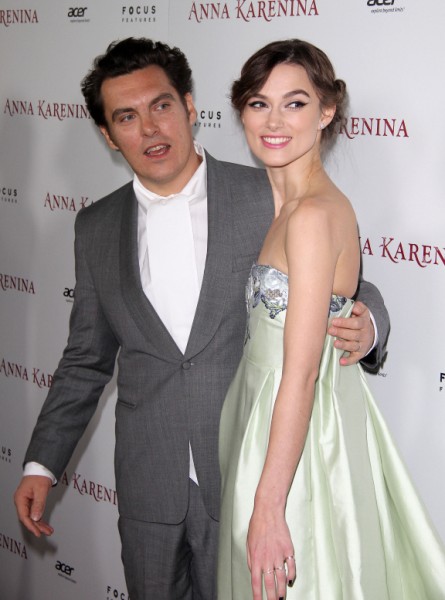 I haven’t been paying too much attention to the Fifty Shades of Grey casting news because, up until this point, I’ve been horribly sure that the whole thing was just a freak show disaster in the making. But then this happened. The Hollywood Reporter announced that Joe Wright is a frontrunner to direct the project. What… the… shit?

I love Joe Wright. I love all his recent movies – Atonement, Pride and Prejudice, Anna Karenina and even Hanna. And I especially love the fact that he casts Keira Knightley in practically every single one. So will they team up again for Fifty Shades of Grey? Keira Knightley wouldn’t do that! Would she? Would she!?

Keira’s got sense. She doesn’t work a lot. She’s picky. She’s smart. She doesn’t care about the money. But she trusts Joe. And she just got married and looks sublimely happy right now. People make really dumb decisions when they’re happy. Could this be one she’ll regret in a couple years? I don’t see how even a Wright/Knightley combination can make this movie not suck. But here’s the thing now, I’d have to watch it if Wright directed it. I’d have to! He’s legit. And, I hate to say it, but the Keira Knightley/Anastasia Steele thing makes sense. Keira’s got that doe-eyed, super skinny, innocent thing they’re going to want and she’s flashed her boobs before so that shouldn’t be an issue. Shit! Why are you doing this to me Joe?

Still… he might not get it. And even if he does, just because they have worked together in 3 out of his last 4 movies doesn’t mean she’ll do this for him. Keira could tell him to shove off. But I just made myself interested in this project. I kinda want to see it happen now. What about you? Does a Fifty Shades of Grey/Joe Wright partnership intrigue you a little bit?