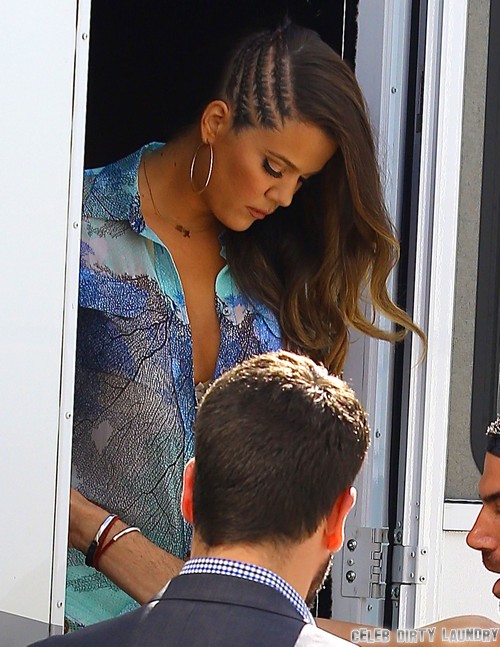 So it looks like we were right. Again. Khloe Kardashian and Lamar Odom‘s relationship is in trouble, despite publicists and reps and even Kris Jenner chiming in to say that everything was just fine. But it’s not in trouble because of the cheating allegations, which is what everyone else thought. No, according to the latest report from TMZ, they’re in trouble because of serious drug abuse.

Wow. Who saw that coming? Apparently, sources tell TMZ that Lamar has had a serious drug addiction for the better part of two years, and Khloe had reportedly asked Lamar to go to rehab last year. Apparently, Khloe was so worried that Lamar would try to leave rehab that she hired private investigators to stand guard over the facility – this is where the reports of Khloe hiring a private investigator may have come from.

However, Lamar apparently didn’t stay for that long and left after three weeks. That didn’t turn out to be a problem immediately, because he stayed sober and played well for a while. But then, he ‘slipped back into hardcore recreational drugs.’

Now, that doesn’t mean the cheating allegations aren’t playing a part in the whole situation. Apparently, Khloe believes that he probably did cheat, but the drugs is a much bigger concern at the moment. Basically, their marriage is in a lot of trouble. See, the tabloids managed to get one right this time.

However, Lamar and Khloe are apparently not divorcing because Khloe’s focused on ‘saving Lamar’s life’, not ‘ending her marriage’. Well, at least she has her priorities straight. And the family’s already reportedly held an intervention for him, which didn’t seem to go over too well. It seems like it’s at Defcon 5 at the Kardashian household, which would also explain so many emergency family meetings.

What do you guys think about this news? Let us know in the comments.