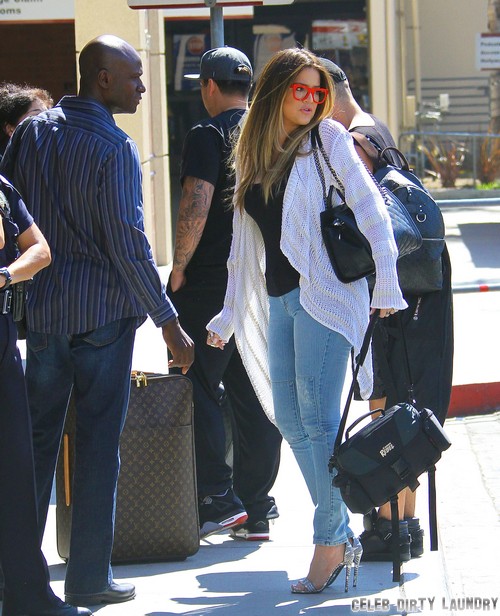 Khloe Kardashian was always considered the fat ugly sister until she landed two time Laker champion, Lamar Odom. Lamar is Gary Busey on the court nowadays, but they had whirlwind romance that resulted in a quickie fairy tale wedding. The wedding was televised, and followed by a Kardashian spin-off show starring Khloe and Lamar Odom’s blissful reality romance. Fast forward a few years, and Lamar’s ‘shoe size’ and his shiny bald head, and NBA association has convinced a few hoes to jump out with hard proof of Lamar’s infidelity to the big little Kardashian sister.

Jennifer Richardson nearly broke Khloe’s Kardashian Odom’s heart when she brought her dingy shameless self to the limelight with evidence of her fiery ’on-road’ romance with Lammy. Khloe displayed not just the look of an ox, but it’s strength too, braving the humiliating headlines. Now, a fame hungry Polina Polonsky, passed a lie detector test to prove that she too, had an affair with the washed up basketball bench-warmer. Somebody give her a cookie please?

The same women across the world who urge Khloe Kardashian to divorce her cheating, disrespectful husband, are the same ones smart enough to know Lamar would never have this position without his money. The same women smart enough to know he wouldn’t have the love, without the money, are the same ones hoping to catch L.O.’s insecure rich ass slipping themselves, that’s why Khloe doesn’t want to let him go. It’s a dirty world.

We don’t know whether to feel sorry for Khloe Kardashian, or be mistrustful of the entire Kardashian circus. The media is awfully familiar with the depth of momager, Kris Jenner’s, commitment to fame. Is Khloe’s impending divorce, a knock off Gucci handbag? Does Kris Jenner think we’ll forget about North West because of Khloe’s cheating husband? Will Kim Kardashian get North West a nose job, and Botox, for her first photo shoot? And what about the supposed divorce between Kris and Bruce Jenner? The awkward Jenner girls, Kourtney Kardashian, and Mason Disick’s daddy issues, Rob Kardashian Dancing With the Stars, what the cluck is up with this family? How long will we keep buying into the reality empire? Will the marriage survive? 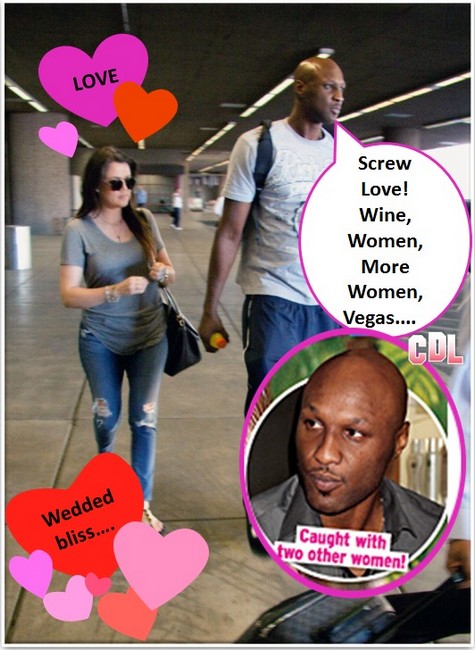