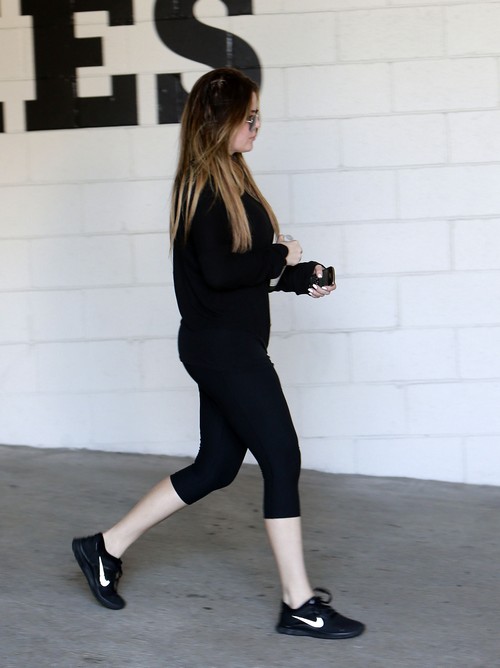 Matt Kemp and Khloe Kardashian are getting serious, just weeks after Khloe’s divorce to Lamar Odom became official. It’s certainly a quick rebound, but you have to keep in mind that Khloe and Lamar have pretty much been done for the last year.

Anyway, several different reports confirm that Matt will be spending Christmas with Khloe at Kris Jenner‘s famous [or infamous] holiday bash. However, a source tells Radar Online that while Matt and Khloe are crazy about each other, they’re not to keen on taking their romance public just yet.

The source explains, “Don’t expect Khloe and Matt to be huddled in a corner off by themselves as they know people are talking about them dating….at this point, they are taking things very slow. Khloe is still extremely sad about the end of her marriage to Lamar Odom, but she had moved on several months ago.” Oh, please. Khloe moved on from the divorce faster than you can even say the name ‘Lamar’, and if her goal was really to keep the romance hidden, why would she show up with Matt at a heavily photographed and promoted party with 200+ guests, even if it’s hosted by her mother?

However, Hollywood Life also has their own take on the story, and they claim that the reason Khloe and Matt aren’t serious is because they’re not exclusive and Matt is a ‘player’. The source claims that while’s ‘handsome’ and ‘charming’, he’s not really someone you can rely on in the long run. Well, I doubt Khloe cares about that. Showing up at a Christmas party with Matt will do well to get people talking, and I don’t think she’s really thinking beyond that point.