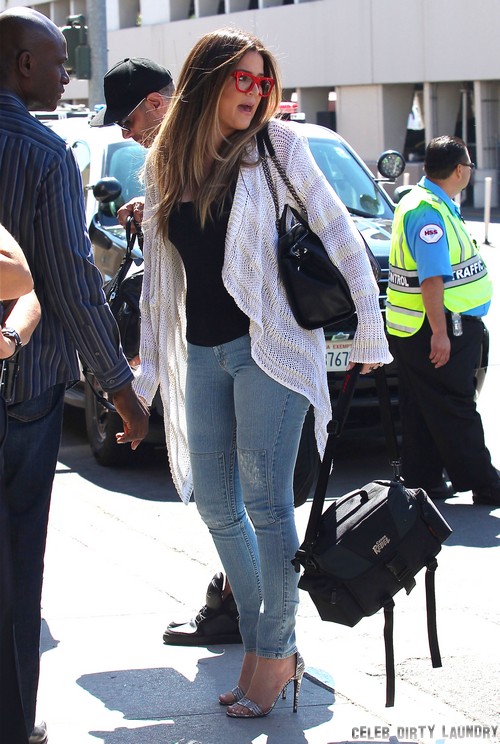 Did you ever wonder what goes on behind the scenes when Khloe Kardashian catches her husband, Lamar Odom cheating?  You know, after she insists to the press that her marriage is just ducky and she posts old photos of her and “Lammy” on her Instagram account?  She hunts down the side chick who Lamar is banging and then enlists momager, Kris Jenner’s help to go and get her man, that’s what!

Lamar Odom was introduced to ex-mistress number two on June 2nd and twenty days later he was shacked up with her. Polina Polonsky is an attorney who has passed a lie detector test with flying colors.  Polina claims that Lamar told her he was single and she had no reason to disbelieve him.

She recounted in terrifying detail how Khloe and Kris came pounding on the wrong hotel door on June 22nd looking for her and Lamar. Khloe was so pissed that she actually busted the door on a neighbor’s suite! When they returned on June 25th they had the right address at the Vagabond Inn (that’s the real name of the place!) but Lamar refused to answer the door.

As Khloe kept reassuring fans that her marriage was great Lamar was living with Polina at her place until July 8th. It makes me wonder, as Khloe still insists things are fine, are they really? Or does fine mean that she’s hot on the trail of Lamar and his latest side-dishes antics? My guess would have to be the latter. It would be a whole lot easier for Khloe to let Lamar go then it is to have to play detective and second guess her husband every day of her life. That’s not a marriage and it’s a pretty lousy existence that Khloe is choosing for herself.

Do you think that there’s any way that the couple will survive the allegations and lie detector test of Polina? Do you think there are more chicks just waiting for the right time to cash in on a similar story? Tell us your thoughts in the comments below!