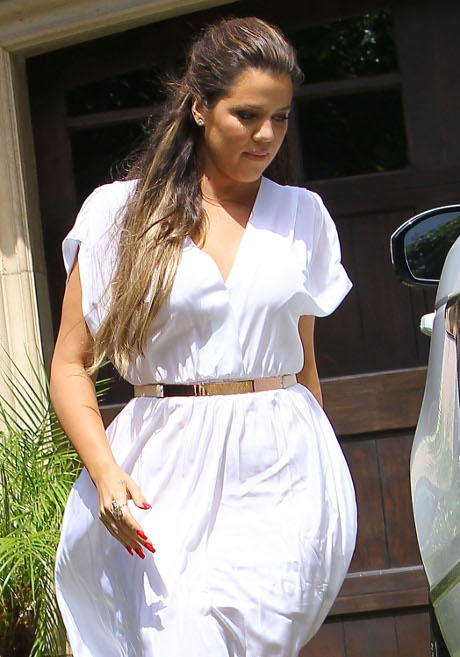 Khloe Kardashian has been vocal about her desire to have children, and she recently told MTV News that she definitely wants to start a family with hubby Lamar Odom. With the clock ticking, could Khloe be thinking of adopting? Her rumored struggles with fertility have been well documented, but has Khloe gotten sick of waiting?

The topic of impending motherhood has been an important one on the eight season of Keeping Up With the Kardashians, and when discussing the pressure, Khloe explains, “It just got way too stressful, but I feel like I let a lot of outsiders stress me out more than I really … than I would have let myself on my own. So I took a step back and was like ‘Everything happens for a reason.’ And I’m totally cool and content, so whatever happens, happens.”

Khloe’s about to become the only remaining Kardashian sister [not counting the younger ones] to not have a child, especially as Kim [Kardashian] is just weeks away from giving birth to her daughter. And despite what she says in public, sources have always maintained that Khloe wants to have children and it’s just the thought of pregnancy that frightens her, especially after watching what Kim’s had to deal with. And of course, there’s also the additional factor that she may be trying to have kids, and it’s not just happening for her.

So the solution? Adoption. According to several rumors and reports, Khloe is prepared to adopt a child in the face of Kim’s pregnancy. Going through a pregnancy may be fulfilling for some people, but as part of the Kardashian family, it also means you’ll get followed by paparazzi and picked up apart by the media and public. Since it looks like Khloe’s not as keen to go through that, her interest is in adopting a child with Lamar.

Do you guys think that Khloe would make a good mom? And do you believe there’s any truth to her planning to adopt? Let us know what you think in the comments.