Kim Kardashian’s Baby Gender To Be Announced On Sunday’s Keeping Up With The Kardashians! 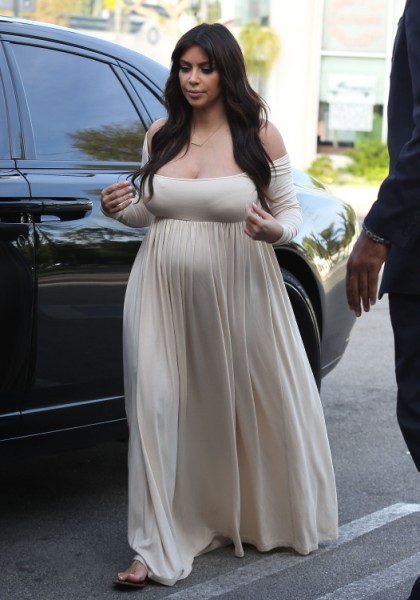 Khloe Kardashian recently made an appearance on the Today Show and revealed, “I will say this Sunday we are going to reveal it. We find out the sex of the baby on the show.”

Khloe wouldn’t say anything more concrete, but when she was asked about Kim’s baby shower invitations containing music boxes with ballerinas [hinting that the baby might be a girl], Khloe just said, “Kim loves ballerinas…Kim likes what she likes.”

Well, there you go – headline making news, this is. Kim Kardashian’s baby boy or baby girl will make its first solo headline come Sunday, and they have no choice in the matter.

I guess it’s the nature of reality television in that everything is exposed, but at least everyone on the show [Keeping Up With the Kardashians] is compliant to that fact and they’re willing to put their life out there. This poor child, who has no idea what his/her life will be like, has no say in the matter at all. His/her parents and entire family will pimp them out for news, publicity, and attention, and there’s nothing anyone can do about it.

Do you guys think Kim will have a boy or girl? Do you care? Do you have any feelings about the fact that Kim and her family are clearly using this information to draw in viewers? Let us know what you think in the comments.