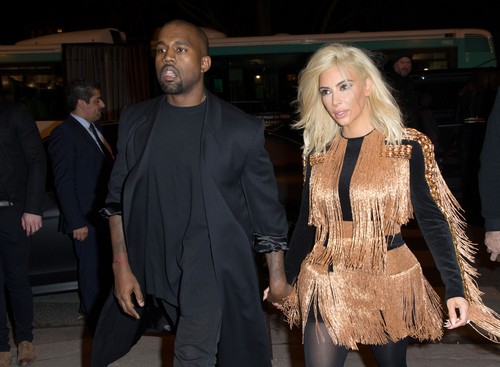 So Kim Kardashian who will cease to exist if not given proper media attention, has gone back to her old ways of posting shameless selfies of herself on the internet. We all knew it was just a matter of time because once a fame whore always a fame whore, but there is more to the timing of her first bikini selfie then people know. It is no secret that Kim and Kanye West are faking their way through their relationship, and are miserable in each other’s company. A source told Radar Online that Kanye has been telling friends that he will never marry Kim, adding that, “he has no need or desire to make their relationship official in the eyes of the law.” I guess Kanye is a smarter man than I thought. For now they are content to keep up the charade that is their relationship to avoid any further public ridicule.

It is also no secret that Kim is still carrying a torch for her ex Reggie Bush, and was furious when he announced that he was starting a family with his beautiful fiancé Lilit Avagyan – because how dare he move on and have a family with someone else when she had begged him to marry her and start a family and he wouldn’t.

When they were together Kim and Reggie both did their share of cheating; Kim with Kanye (and whoever else), and Reggie with Carmen Ortega (and also with whoever else). Carmen admitted to having a fling with Reggie, and a YouTube video of her touring his home seemed to confirm it. Well just a few days ago sexy bikini shots of Carmen Ortega taken by a swimming pool in the Hollywood Hills hit the web, and immediately blogs were bursting with comments about how Carmen has the bigger, nicer, and more natural booty than ‘ol Kimmy Cakes.

Now this was not something Kim was going to take laying down (although she does her share of that too), not just because she was being compared to a sexy model, but because she was being compared to the sexy model that Reggie cheated on her with. So Kim did what any Kardashian would do when faced with such an adversity – she put on a bikini, turned her sucked in stomach away from the lens, stuck her butt out and took a picture. A picture she claims was shot without even the help of a filter (ummm ok Kim whatever you say).

Kim took the picture under the guise that she was showing the payoffs of only eating protein on the Atkins diet, but it was really her way to show Carmen and Reggie – as if either care – that she still has the biggest butt of them all (at least until her alleged injections wear off). Whatever her reasons her shameless bikini selfie backfired on the sex tape/ reality tv star with many Instagram user posting messages letting Kim know that the consensus found her picture to be in poor taste. Users called it (among other things) disgusting, reminded her that she is a mom not a prostitute, and one user suggested that after a certain age it is time to stop taking half naked selfies.

And Kim wonders why she won’t be getting a star on the Hollywood Walk of Fame. Not to worry Kim if they start giving out stars on another boulevard called Hollywood Walk of Shame, I am sure you will be first in line.

Carmen had this to say to Celeb Dirty Laundry on Kim’s sad attempt, “Some people are obviously not only copy cats, but desperate to save their dying name.”