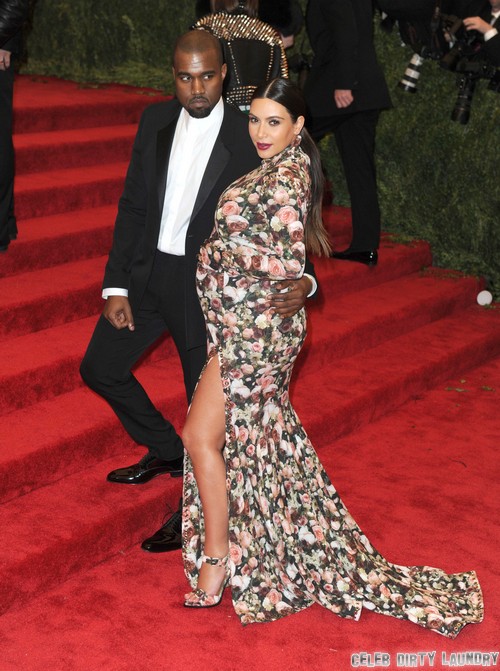 Of course Kris Jenner is desperate for Kim Kardashian and Kanye West to get married. Can you imagine the amount of famewhoring she would do to capitalize on that wedding? Kris Humphries was barely famous, and she managed to drag out that wedding in the tabloids for 2 years, what with the divorce drama and all.

Kanye West and Kim Kardashian have already managed to become a huge brand name, as much as we hate to admit it. ‘Kimye’, as they are called, have been at the center of tabloid news for a good few months because of Kim’s pregnancy and the drama surrounding it.

Now, despite the numerous wedding and engagement rumors surrounding the couple, Kim and Kanye have stated that they are not going to get married any time soon. I’m sure Kim would LOVE to get married to Kanye, but Kanye just isn’t interested. This upsets Kris Jenner, because she stated that she has old fashioned values. Bitch, please. Old fashioned values like orchestrating your daughter’s sex tape?

Kris appeared on the Talk Thursday afternoon to promote her new talk show, and when asked, she said, “They’re not getting married, that I know about. Not right now, that I know. I don’t know… Why aren’t Kourtney and Scott getting married? It’s so annoying! I’m a little annoyed.”

She added, “I think they all think they’re Kurt Russell and Goldie Hawn now! I’ve tried to just take a back seat, keep my mouth shut, kind of learn that this is the way they’re doing this and I don’t know where they got this because I’m very old fashioned that way.” The report also tries making it seem like Kris doesn’t want Kim and Kanye to get married because Kanye ‘calls all the shots’, which is just ridiculous. You think that would matter to Kris? The source probably meant to say Kanye doesn’t let Kris call the shots, because Kim never called the shots on anything to begin with.