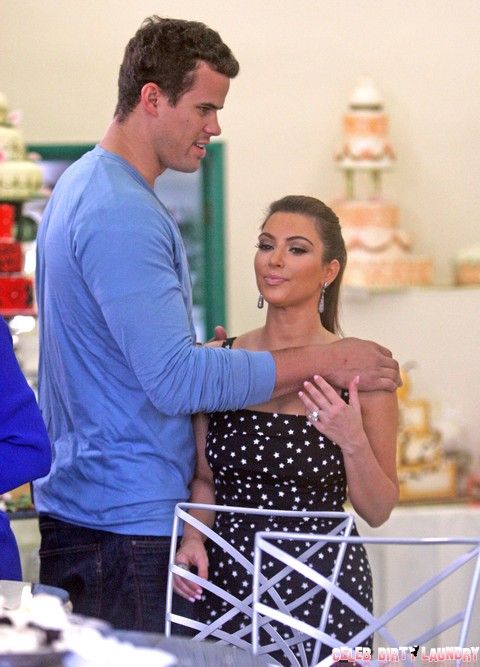 Kim Kardashian is not just a pregnant caricature made in pop culture hell; she’s also still married to her ex, Kris Humphries. This source of contention has created a bit of a paradox for Kim K – she can’t marry the father of her first child, Kanye West, without going through one of the toughest divorces in celebrity history. What is a curvy gal to do? It’s not like she can click her heels and fly to the wonderful Land of Oz with Toto in her Prada handbag?

During the season premiere of Kourtney and Kim Take Miami, Khloe Kardashian freaked out over Humphries and explained to Kim K how time wasting the divorce proceedings are. “Like, seriously, what a waste of your time. I feel like it was a dream. I feel like it never really happened,” Khloe said. To this, Kim K responded, “It’s a really expensive dream that won’t leave me alone, but I’ve taken it to a level where I’m like, I can’t stress about this. The judge says we will be divorced in 2013.”

And it couldn’t come any sooner. Obviously Kim would like to move on with her life, give birth to her child, and live happily ever after with Kanye, but unfortunately, life does not work this way and Kim is naïve for thinking it will be sorted out as quickly as she wants it to be. Humphries is out for blood and crazy murdering – a horrid combination for any divorce. Even Khloe picked up on this and said, “I don’t know how [Kim] is so calm about this. He’s suing for an annulment. The only way to legally get an annulment is if there’s some type of fraud involved. So Kris said Kim defrauded him to marry her for press. If you wanted to marry someone just for press, wouldn’t you have picked someone that was actually popular?”

Later in the episode, Khloe joked about Kim’s inability to have seen the ultimate doom of her marriage to Humphries, “If you ever come across someone who barks for most of his words, don’t date him. [Kanye] is so much better than Humphries.”

These fame whores might love their materialism and their useless careers, but at least they’re able to have these wonderful, sparkly moments of wisdom. Thank you, Khloe, for being all Dr. Phil up in that joint. We can’t wait for the divorce (and the crazy murdering).