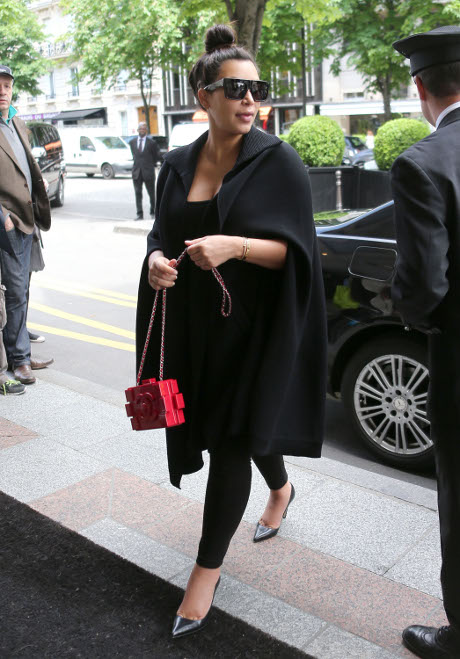 Have you really thought about the dynamic that exists between Kim Kardashian and Khloe Kardashian? Think about it, they both have exactly what the other one wants and don’t think for one hot second that it’s an accident. Khloe has tried to conceive for years without any luck. Her baby mission has wreaked havic on her body and driven her husband, Lamar Odom straight into the arms of a pile of hot blondes that were invited back to his bachelor pad.

Meanwhile, Kim thought that she could trap Kanye West into loving her forever by deciding on her own to start a family. He was as shocked as everyone else when Kim turned up pregnant. As we’ve often said, Kanye wanted to bang the hot chick in that sex tape, he was not looking to become a daddy. Khloe had no choice to swallow the bitter pill that Kim’s pregnant was and maybe if Kim had carried herself differently, it might have been easier.

Instead Kimmie has bitched about her weight from day one. We NEVER hear about her baby. There is no joy only custom made leather skirts. There is no excitement only sound bites of Kim wondering “How the the f*** did this happen?” I don’t think I’ve ever seen a less deserving mother and I’m sure that Khloe feels exactly the same way by now.

As Kim has gained, Khloe has shrunk, have you noticed that? Khloe is now the hot Kardashian — the bikini clad one on magazine covers while Kim is photographed stuffing her face. It’s not for nothing and the timing is no coincidence that Khloe now has exactly what Kim most wants in this world- a sexy body. These sisters are pitted in a very level dual that is killing them both. I’m pretty sure that can’t stand the sight of each other quite literally and this feud is only going to get worse.

Think about it — two months from now they’ll still be deadlocked as Kim holds her new baby, with sixty extra pounds on her frame and Khloe runs around hot as hell but still not a mommy.

I think the relationship is about to hit a very public brick wall, don’t you? Tell us your thoughts in the comments below!