SEE Kim Kardashian and Kanye West Go To Paris Without North West – But Who Will Babysit Baby Nori? (PHOTOS) 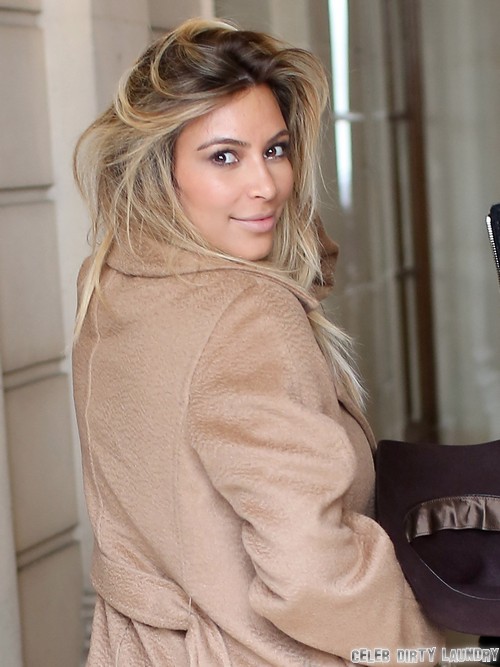 Kim Kardashian and Kanye West were spotted going to Paris, and although North West wasn’t photographed, sources say she will be joining them while Kanye goes on his Yeezus tour. Obviously, North isn’t going to actually attend any of the concerts [at least, I hope not], so the question is: what are they going to do with her?

The best guess is that they’ll hire a nanny to stay with her whenever Kim is with Kanye during the shows. But considering North isn’t even half a year old yet, is it safe for her to travel at the rate that these music tours require? They’ll be going from city to city every other night, and that can’t be too good for little North.

Of course, that was probably not even something that entered Kanye and Kim’s minds. Obviously, Kim wants to be with Kanye because they’ve barely spent time together since North’s birth – mostly Kanye’s fault, but since he doesn’t seem to care, the burden’s fallen on Kim. However, even if they’re all in Europe, I highly doubt there’s going to be much family bonding time while they’re there. Kanye has literally a show a night, and it’s not going to give him plenty of time to come hang out with Kim and North. Thus, the scenario that seems most likely is that Kim follows Kanye backstage during all of his major shows while a nanny babysits North, and she spends time with North whenever she’s not with Kanye. As for when Kanye will spend time with North? Eh, I guess once a week is better than nothing at all?

See Kim and Kanye going to, and after arriving, in Paris without North West – note that Kim keeps herself covered in a massive coat to hide her body – she obviously thinks she is still overweight