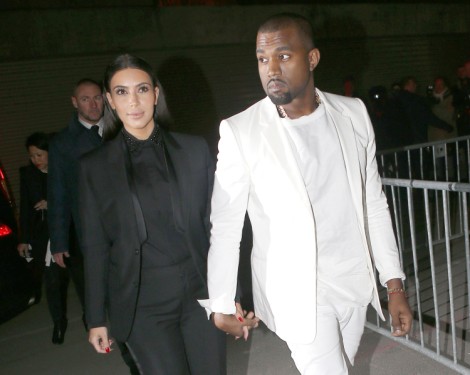 You get the feeling that Kris Jenner is seething somewhere and her head is about to explode. But that’s what I like about good ‘ole Kris. She’s a pragmatist. To her, money is money. She doesn’t let ego get in the way of a sale. Perhaps it’s because she didn’t grow up rich like her children did. She knows you have to capitalize and strike while the iron is hot. But Kim Kardashian and Kanye West continue to play hard ball. It’s been reported they turned down a $3 million North West magazine cover deal last week from an Australian magazine. So either, they’re being uber patriotic right about now or they think they’re worth a whole lot more.

I suppose they are being smart. You can’t sell your baby to the highest bidder. North West is special. She has to make her public debut on a respectable stage and an Australian rag isn’t it. People is much better but you get the feeling Kanye would love Vanity Fair just to throw it in Suri Cruise’s face. Besides, rushing looks desperate. Rushing looks like you couldn’t wait for the money and Kanye and Kim are better than that now. They’re all about the class. You can’t go on record spouting about how your kid isn’t America’s child and then sell her first pics the first month she’s born. Kanye’s a dumb ass but even he’d have to see the irony there.

So what will it be? Is this truly a matter of ego? Did  Kim Kardashian snub the paycheck because she thinks she’s worth more? I’m not sure. There may be a little of that but I keep getting that nagging feeling that Kim and Kanye might not go the magazine cover route. Kanye’s all about being cool and nothing’s cooler than the way his bestie Jay-Z released his pics of Blue Ivy on social media for nothing at all. I actually believe Kanye would get a hell of a lot more attention that way. And, in the end, that’s all Kanye ever really wants, right?