Kim Kardashian Desperate To Be Accepted By Beyonce And Her Friends 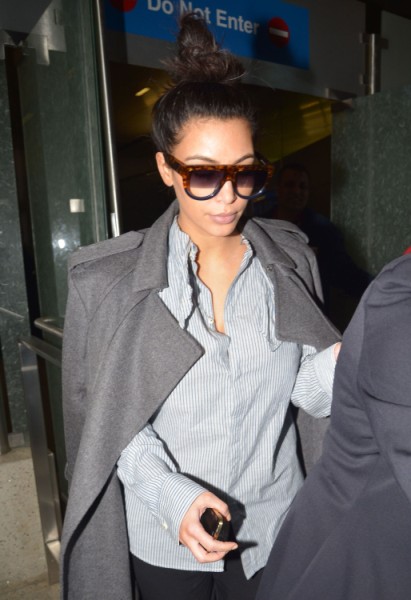 One of my all time favorite things to do is play six degrees of separation with celebrities. I used to play with a movie major friend of mine in college. She was a worthy opponent but I still ended up winning most times which annoyed the hell out of her and embarrassed me because it was truly a pathetic thing to be good at. But look at me now, putting all that knowledge to good use! Anyway, so when I heard Kim Kardashian switched trainers and was now working with Tracy Anderson my mind immediately went to Gwyneth Paltrow. How could it not? Tracy is Gwyneth’s bitch and the famewhoring fitness extraordinaire. If anything, why hadn’t Kim found her sooner? Why has Kim moved on from Gunnar Peterson? She’s been with him forever and he even trains her mom, Kris. Are you trying to tell me Gunnar has no experience working with pregnant celebs? I highly doubt that (but to be honest I have no idea). Is Kim just hopping on the pregnant celebrity bandwagon or are politics at work?

I have to admit, I’ve almost been sucked into Tracy Anderson’s web. She had me doubting my workout routines. Who wouldn’t want to look like Molly Sims or Christy Turlington? But then I kept getting hurt every time I did one of her workouts. And I want to point out I’m classically trained in pilates so safety is a big deal to me. Needless to say, I don’t follow her method. But now Kim does. I’ve never seem Kim go the gym so much. Could this be a way of getting into Beyonce’s circle of upper class friends? Beyonce and Gwyneth are besties and Gwyneth and Tracy are besties. Did Beyonce offer some pregnancy advice or is Kim trying to weasel her way into the circle of trust?

It would seem like the smart thing to do. I’ve been thinking (not so) hard and (not so) long about Kim’s reputation overhaul. There’s definitely going to be one. Up until now, Kim has been known as an uber successful reality star with a highly successful sex tape. It’s lucrative, yes, but not respectable. Now, whether they like it or not, she’s firmly entrenched in the Beyonce/Jay-Z family. Biotch needs to start acting more accordingly. I truly believe this is the last season for Kim on Keeping Up with the Kardashians. There will be no more Kim and Kourtney Take Mars spin-offs. Kim’s going to bore us all and start getting more respectable-like. So what will the socialite do? She might follow more of Gwyneth’s lead. I could see her trying to be a super mom who works out two hours every morning before making organic lunches for the kiddies. I could also see her trying to be like Victoria Beckham by making the Kardashian line more upscale. Kanye wants her to be a fashion trailblazer. I’m not so sure she’s there yet but Kim is nothing if not a worker.

Still… it’s telling. I think the Kim Kardashian rebranding is currently in effect. Tracy Anderson and her elite clientele are just the beginning. But the question begs to be asked. Will it work? Will Beyonce and her crowd ever make room for Kim’s reality money when their husbands/baby daddys aren’t around? If not, if won’t be for lack of trying on Kim’s end, right?

Do you believe there’s politics behind the Tracy Anderson/Kim Kardashian connection. Is Kim Kardashian desperate to fit in with Beyonce’s crowd or was she just on the look out for another trainer?