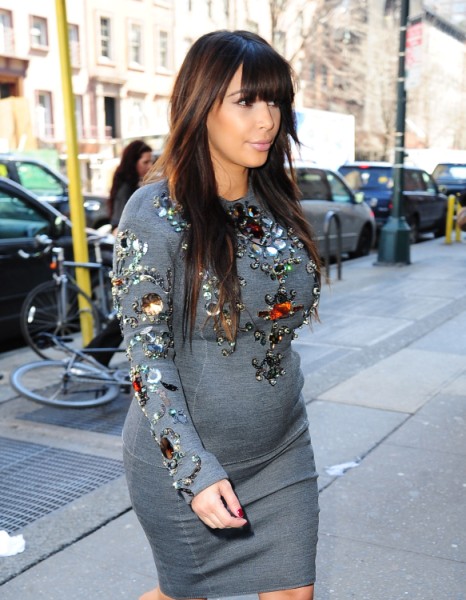 Was Kendall Jenner told to take one for the team? Her recent I’m bullied for being skinny comments for Harper’s Bazaar Arabia are a little suspect, don’t you think? It’s just odd to me that two girls from the Kardashian/Jenner clan are facing weight criticisms all of a sudden. Well, Kim’s aren’t all of a sudden. The hate has been building with each shitty outfit. But I keep sensing Kris Jenner at work here. Her Kimmy’s being “bullied” by the media. How can you take the heat off of her while simultaneously keeping your family in the news? Oh, that’s right! Have another daughter complain of being bullied too only this time about being too skinny! It’s brilliant!

At first I thought Kendall was pulling an Ashlee Simpson. Do you remember all the pics of her and Jessica when Jessica was hugely pregnant at the pool? Ashlee strutted around her obviously uncomfortable sister in a seriously mini bikini. Sisters may be best friends but they can also be major biotches too. Jessica may have more money, fame and attention but Ashlee has the body and she was not going to let her sister (or the paparazzi) forget it.

But Kendall’s not Ashlee. Ashlee doesn’t listen to Papa Joe like Kendall listens to Kris. Kris would never allow one of the Jenner girls to shame the cash cow. These skinny comments were pure family defense. And they might have worked. Many news outlets are running the Kendall Jenner/skinny story today. The only problem is Kim Kardashian’s weight keeps coming up because she KEEPS TALKING ABOUT IT and also keeps squeezing into nasty clothes (see below). Did you hear the latest maybe lie? Kim informed the world she’s only gained 20 pounds so far. Do you believe her? I don’t know…. She could be telling the truth on that one. She doesn’t look huge at all but her skintight leather ensembles just aren’t helping. She’s trying to be above the criticism but is also feeding it at the same time. Kardashians have a hard time doing one or the other.

Do you think Kendall’s comments were made to take the heat off of Kim? Are we supposed to believe the whole family is a bunch of victims?