Kim Kardashian’s Baby Shower: Will Kanye West Grace Everyone with an Appearance? 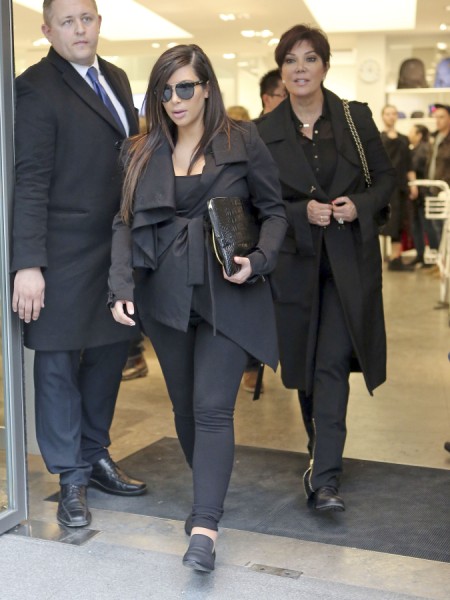 June 2nd is the magical day when Kim Kardashian‘s nearest and dearest friends and family will get together to celebrate her impending doom, er, I mean motherhood. The baby shower invitations were recently sent out and leave it to the Kardashians to find a new way to go completely over the top. Each potential guest received a music box with a dark haired spinning ballerina that dances while a lullaby version of Kanye West‘s Hey Mama plays.

I’m sure Kanye was thrilled to be a part of the actual invitation, I mean it gave him another opportunity to lay down a new version of an old track so technically that’s work, right? We know Kanye is married to his work, so much so that it has caused him to stay in Paris throughout much of his baby mama’s pregnancy. I think by now we can all pretty much agree that Kim is a glorified baby mama, can’t we? She herself admits that they lead completely different lives and Kanye has clearly moved on emotionally from his once perfect bitch.

Kanye is expected to make an appearance at Kim’s shower and he’s probably viewing it as an obligatory thing rather than an occasion that he wants to share with Kim. Hell, he probably looks at that music box and wishes she still resembled that spinning ballerina rather than a hugely pregnant woman that is going to have one heck of a battle whipping herself back into shape! Guaranteed Kanye will make that appearance on June 2nd, probably cut out early and be back on an international flight before the weekend is over!

How long do you think it’ll be before Kim and Kanye announce their obvious impending split? Tell us your thoughts in the comments below!