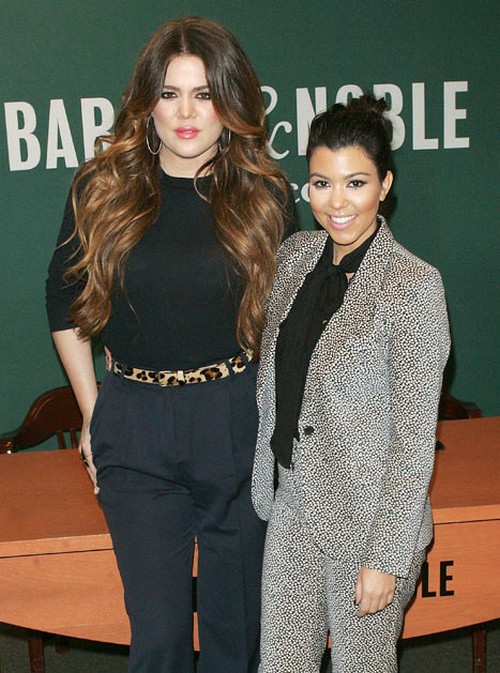 Tonight on E! KOURTNEY AND KIM TAKES MIAMI returns with a whole new episode called, “Babies, Lies, and Alibis: Part One.”  On tonight’s show Kourtney thinks about being a surrogate mother for Khloé. Kim works with a private investigator to watch Scott, who she thinks is acting suspicious.   Did you watch the last episode? We did and we recapped it for you!

On last week’s show after being named worst-dressed, Kim went on a footwear shopping frenzy!  Kim was afraid she was ruining Kanye West’s image. Kourtney was really concerned because she felt Kim was going overboard.  Kourtney came up with a way to calm Kim down, she realized if she told Kim she liked something, Kim would not take the item.  Her method seemed to work.  Meanwhile Scott hunted for alligators in the swamps of Florida.

On tonight’s show in season finale Part 1 – Kourtney and Kim Take Miami, Khloe opens up about her infertility issues while speaking with her stepbrother Brandon Jenner and his wife, Leah Felder. Khloe revealed she has been having fertility issues since she and Lamar have been married.  Kourtney happens to be there when Khloe mentions her issues carrying a baby and offers to be a surrogate for her.

Tonight’s episode is going to be another drama packed one, which you won’t want to miss. So be sure to tune in for our live coverage of E!’s Kourtney and Kim Take Miami Season 3 episode 11— tonight at 9PM EST!  While you wait for our recap, hit the comments and let us know how excited you are about the new episode of KKTM tonight and check out the sneak peek video below of tonight’s episode below!