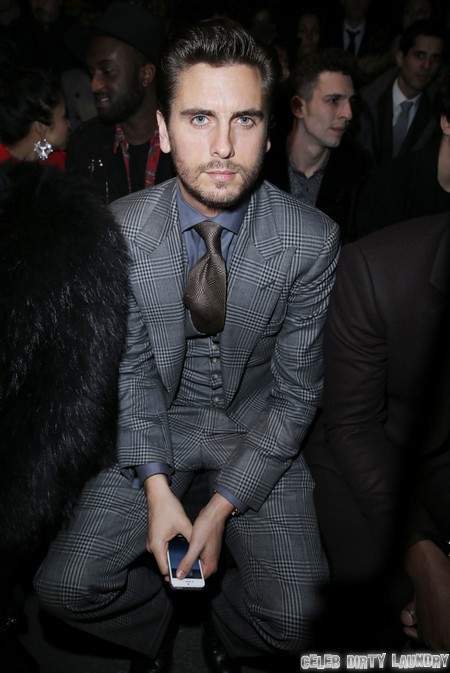 Doting wife-to-be (hopefully, maybe?) Kourtney, stayed at home to look after the kids while Scott and “a group of pals” drove down the Mexican coastline to party it up at Strana in Puerto Vallarta. A source alleges, “Scott and Kourtney got into a huge fight about it. She was pissed he was partying when they were supposed to be on a family vacation. Kourtney hates clubs and thinks it’s embarrassing that Scott feels the need to go out and party instead of staying with her and the kids.” Tsk, tsk, Scotty…

Another family friend reveals, “It’s not surprising that Scott just up and left. Scott’s just a party boy. He always has been and always will be. Kourtney just keeps hoping that he’ll eventually turn around.” Perhaps Kourtney has never heard of the age old adage, thrown around at Botox parties with desperate housewives: “A leopard never changes its spots.”

Look, we’re not the biggest Kardashian fans this side of Hell, but we do feel a tinge of sympathy for poor Kourtney. The girl’s not as bad as the other two witches – she’s more stable than Khloe, and a tad bit more “normal” than Kim – and we bet it’s quite the hassle to be in a relationship with Scott. So, throw all that together into a boiling pot of scorned She-Devil, and you get an out of control Kardashian that looks normal on the outside, but too much like a Stephen King character on the inside.

What do you think? Do you think Kourtney should pack up and leave her lovely Scott? Let us know your thoughts in the comments below, will you?