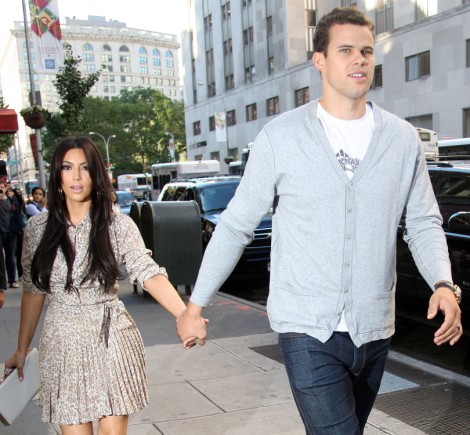 Kris Humphries finally got some great news in court. Sadly it has nothing to do with his divorce/annulment from estranged wife, Kim Kardashian. But it’s a start at least.

TMZ reports that the man who swindled Humphries and his friends out of hundreds of thousands of dollars has been ordered by the judge to pay back everything he stole which came out to more than $2 million. Andrey C. Hicks was actually a guest at the reality wedding of Kris and Kim which just makes this story even weirder. Apparently he convinced Kris to invest in a bogus hedge fund but got caught in 2011 as he was attempting to flee to Switzerland.

I know Kris isn’t the sharpest tool in the shed but obviously he isn’t the best judge of character. You remember all the stories that said Kris was going to subpoena Kim’s medical records so he can prove she’s a liar and he’s not the cause of her near miscarriages? Well, Kim should bring this up in court so she can prove he’s just a gullible dumb ass.

Still… at least the basketball player is getting some revenge. Kris Humphries definitely isn’t going to be getting any on Kim. After his lawyer dropped him I figured things weren’t looking so hot on that end. He should have just taken the money and ran! Clearly after the Kim Kardashian wedding guest fraud episode he needed it! But he’s sticking to his principles. I can respect that. He must still think the smoking gun from Life & Style will validate his fraud claims. I don’t think it proves anything other than the fact that Kris knew all about the game but cried foul when no one wanted him to play anymore.