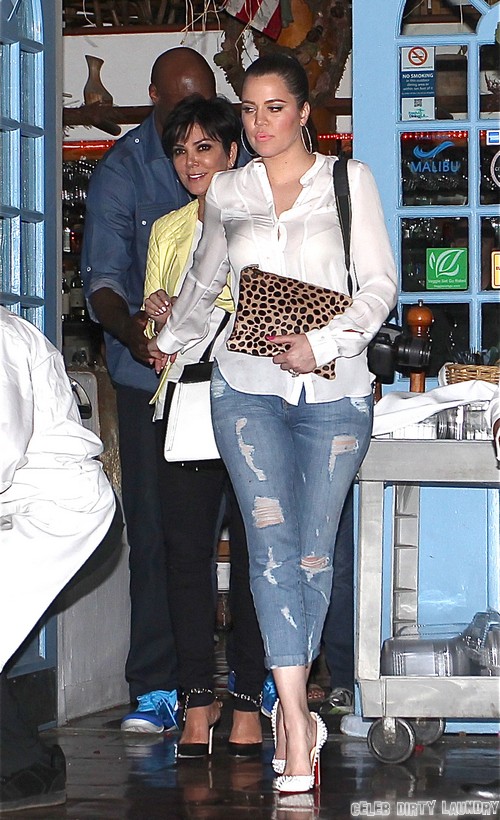 Kris Jenner has spoken out about the rumors that Khloe Kardashian and Lamar Odom are divorcing, and she’s calling the whole situation ‘ridiculous’.

For those who haven’t been following the scandal, there have been several reports released over the last few weeks about Lamar’s alleged affairs with several different women. Jennifer Richardson is one and Polina Polonsky is another!  Both of their stories are 100% convincing. Polina even passed a lie detector test.  Kris Jenner did not…. Several outlets reported that Khloe and Lamar were in the process of filing divorce papers, but alas, Kris claims it’s just not true.

She reportedly stated, “Khloe and Lamar are absolutely not getting divorced.  There’s been no talk of divorce.” A TMZ source claims that Khloe hasn’t spoken with a divorce lawyer, and Kris adds that she saw Khloe and Lamar happily together at her place just two days ago.

However, there is one interesting fact to note about this report. While the report very clearly states that Khloe and Lamar aren’t getting divorced [for now], they make no mention of the women who claim that Lamar had affairs with them. That means that even if Khloe and Lamar aren’t getting divorced, that doesn’t necessarily mean those woman are wrong. It just means that they have more to lose if they split up, and they’re trying to think about their options.

Also, Kris could easily be lying. It’s not like she’s new to spreading rumors through the media, and I’m sure she has her reasons for wanting the public to think that Khloe and Lamar are still together. Or maybe she just wants more publicity.