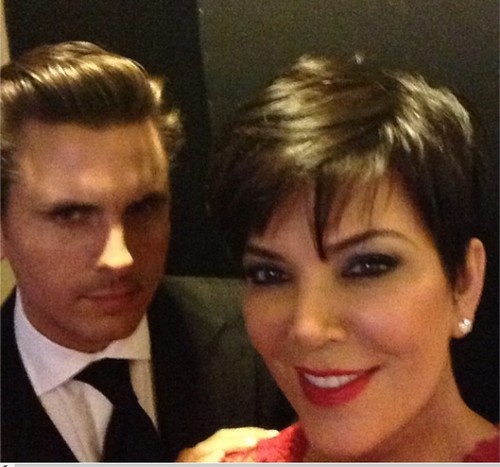 After months of rumors, it was confirmed earlier today that Kris Jenner and Bruce Jenner had separated. They have reportedly been separated since June, and they even released a statement explaining that they were happier with their living situation this way – with Bruce in Malibu and Kris in the Calabasas family home. While they don’t have plans to get divorced, they have no plans to get back together and are probably only putting up with each other to keep their reality show running.

So now that we know Bruce and Kris are separated for sure, the question that comes up next is – what led to Bruce and Kris separating? While the official party line is that they ‘drifted apart‘, we’re hearing whispers of rumors that Kris might actually be having an affair with one of her daughter’s significant others.

Kris Jenner and Scott Disick have always been weirdly close, way closer than a mother should be with a son-in-law. However, since it’s the Kardashians and the laws of reality are warped with them, nobody seemed to think too much of it. However, Kris then started posting comments and pictures with herself and Scott, with captions like, “Who knew we were so good looking” and “Putting out another fire….I am @scottdisick one and only Momager #stoppinganotherrumor.” 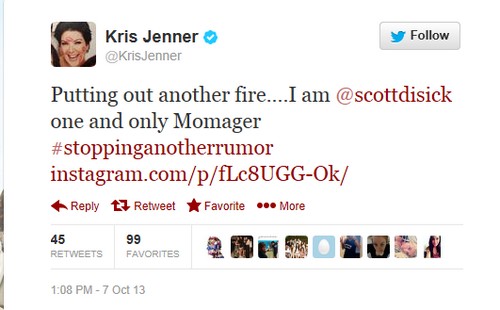 By attempting to ‘stop’ the rumor, she just started another one. Kris is a master of media manipulation, so I can’t help but think that she wants people to think that she’s moved on from Bruce. And it’s not like she has such a sterling reputation that flirting or even hooking up with her daughter’s husband would really shock that many people. That being said, I doubt Kourtney [Kardashian] would be ok with this, and it will be interesting to see if any of this weird relationship triangle progresses any further.