Kristen Stewart Furious At Robert Pattinsons’ Steamy Dior Ad – He Has A Foursome! 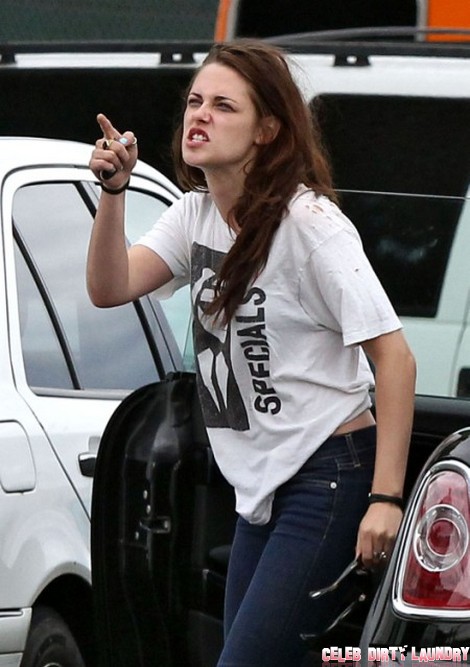 Kristen Stewart and Robert Pattinson have been reunited at long last, after Pattinson returned from his long shoot in Australia for ‘The Rover’. Things seem to be going well with them, at least from their countless dates and mini-vacations. However, will their relationship hit another bump when Kristen sees Rob frolicking with models in his new Dior ad?

It was reported that Rob just signed with fashion house Dior [the same brand that has other YA super ambassador, Jennifer Lawrence] for a rumored $12 million dollars. That would put his endorsement higher than Brad Pitt’s for Chanel, but despite the money, will Rob’s girlfriend be happy with it? She might have been, before she found out about what it involves.

Rob’s first ad for Dior will feature steamy, sexually explicit scenes with gorgeous supermodels [that also tend not to bite their lips and blink every 2 seconds]. Sources for Dior tell Life & Style, “In one scene, Rob’s shirtless while simulating a foursome with three hot blond models.” The source adds that the scenes continue to get more and more raunchy, saying that in one, “Rob and the model are in a swimming pool making out and he’s seen giving her a blow back with a cigarette at one stage, too.”

However, a lot of Rob fans are still clamoring for him to break up with Kristen, so it wouldn’t be too surprising to see rumors emerge that the scenes in the ad continued after filming. Whether they’ll be true or not – well, Rob and Kristen seem happy, but we really don’t know what the status of their relationship is, despite People and US Weekly’s assurances that they do. They could be in an open relationship, they could even just be friends – but one thing’s for sure, whether Kristen cares about the Dior ad or not, there’s no doubt that the rest of the world will.