Kristen Stewart Adopting Dog To Get Over Robert Pattinson “Loneliness?” 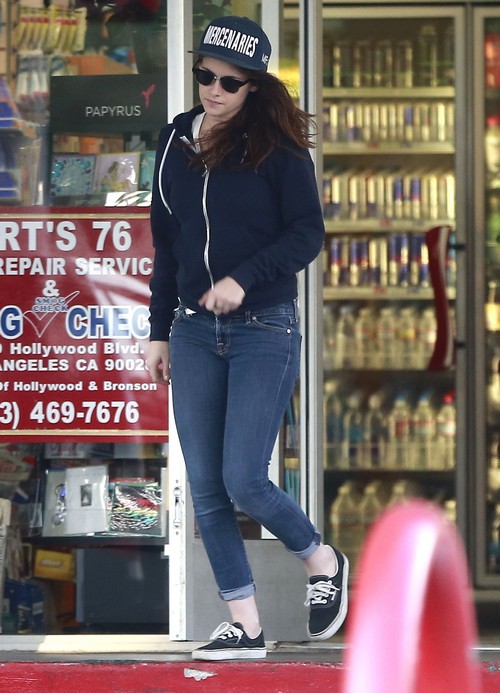 Is Kristen Stewart fighting her ‘loneliness’ by adopting more dogs? That’s what Hollywood Life would have you believe. According to their latest report, Kristen is all ready to adopt yet another dog, in addition to the three she already takes care of. All this, supposedly to battle her feelings of abandonment and isolation after breaking up with Robert Pattinson. Or, maybe the simpler reason is that she just likes adopting dogs in need?

A source claims that in addition to Bailey, and Bear and Bernie [which she shares custody with Rob], Kristen is already looking to adopt another dog. This supposed source tells Hollywood Life, “Kristen was at here [at For Pets Only] yesterday and was in a really good mood. She bought some dog food and was talking about how in love she was with her puppy. She talked to someone else about adopting another dog. She was really friendly and down to earth.”

Why are so many tabloids so desperate to allocate Kristen’s every action to her missing Rob? You know, Kristen does have her own life outside of dating Robert Pattinson, and her every waking minute is not spent pining for him. She has her own career, her own family, and her own friends in LA, and I don’t think she would adopt another dog just to keep away the ‘loneliness’. Now, I don’t doubt that she would be ready to adopt another dog, but because she has a great affinity for dogs and animals, not otherwise.

What do you guys think? Do you think Kristen is adopting another dog because she misses Rob? Let us know your thoughts in the comments.