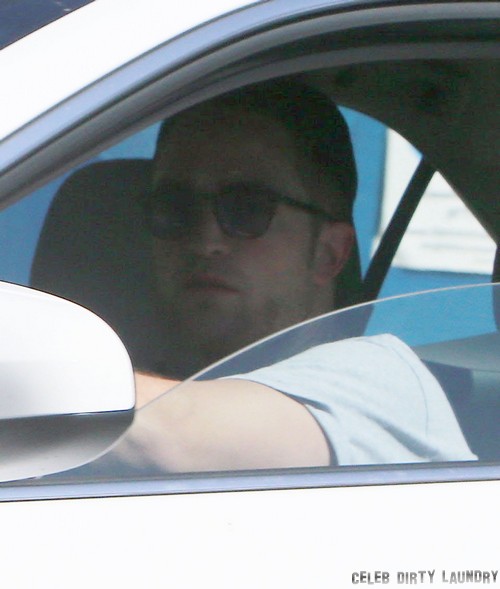 There have been rumors about Kristen Stewart and Robert Pattinson reuniting, but we’ve finally gotten some evidence supporting that. E! Online has an exclusive photo of Rob and Kristen secretly meeting up before spending some time together on Wednesday. It looks like they would have continued as well, if it wasn’t due to the pesky paparazzi who managed to find them eventually.

Twi-hards everywhere are peeing their pants in joy, and I can guarantee you that #RobstenUnbroken will soon be trending on Twitter. This is a very joyous occasion for them and well deserved – they never gave up hope on their beloved Robsten, even when all the signs pointed that they should.

OMG! Check Out The Latest PICS of Rob and Kristen TOGETHER

Anyway, E! Online claims that even if Rob and Kristen did hang out, they’re not ‘hooking up’ and Wednesday just happened to be the first time they were in the same place at the same time. To some extent, I’m sure that’s true – I don’t know if Rob would be so open to getting together with Kristen after everything that happened, but I’m sure it was Kristen that pushed for the reunion. She probably heard about Rob and Dylan Penn breaking up, and then realized that if she could just ‘comfort’ Rob, she might have a shot at getting back together with him. I don’t know if it worked, but she’s clearly doing something right if he even agreed to see her again.

So don’t be worried if Twitter and Tumblr have a breakdown, it’s just the power of #RobstenUnbroken. Have at it, Twi-hards, you deserve it. Your glorious moment of redemption has finally arrived.

If you don’t fall under the category of a Twi-hard, what do you guys think about Rob and Kristen ‘officially’ reuniting? Let us know your thoughts in the comments.