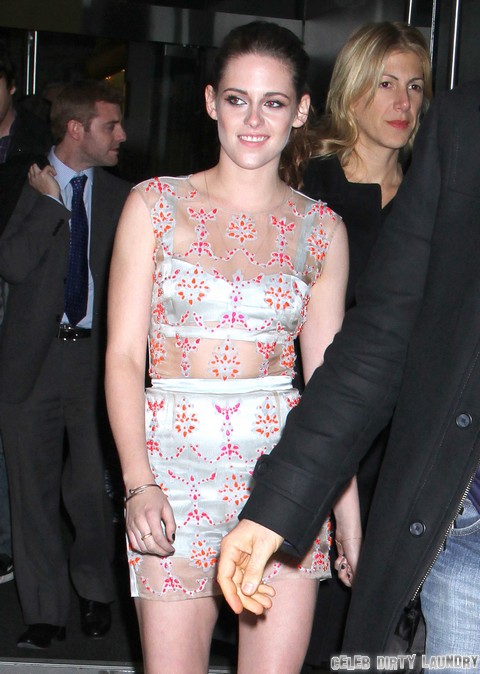 Apparently Kristen Stewart has a romantic side to her lackluster personality! OK! Magazine is reporting that she’s planning a huge surprise for her man Robert Pattinson when he returns from Australia. They’re still an item? But they’re losing steam. The ‘Twilight” era is fading fast. Robert is down under filming his flick “The Rover.” He’s trying really hard to break out of his Edward persona. Hope it works!

According to an insider, Kristen is planning a very special night for R-Patz. So, what’s up her sleeves? Cue romantic music please! She’s going to surprise him by waiting inside a limo at the airport. Surprise! Eh, a bit lame if you ask us. But it seems Rob’s friends are all dying to spend time with him, too. Really? Dying to?! Well, it’s not going to happen apparently. Kristen reportedly told them to back off until she’s got some alone time with him. She’s going to hog him up for the entire first day he’s back in town. She’s got the whole relaxing night planned out. Just the two of them, with a bottle of wine and pizza. How classy! Not a fan of candle-lit dinners? Maybe she just doesn’t know how to romance a man.

Is that all you got Kristen? After being apart for seven weeks from the love of your life? And you didn’t even visit him once while he was busy filming in Australia! What a great girlfriend! Maybe she should’ve taken some time out of hanging out with Taylor Lautner to spend it with her man. They were spotted playing baseball together recently. Or maybe she was banned by Rob! He reportedly wanted some space between them! Thousands of miles away is far enough! Wow, he’s so sick of her that he needs an ocean to separate them? That’s deep. No pun intended!