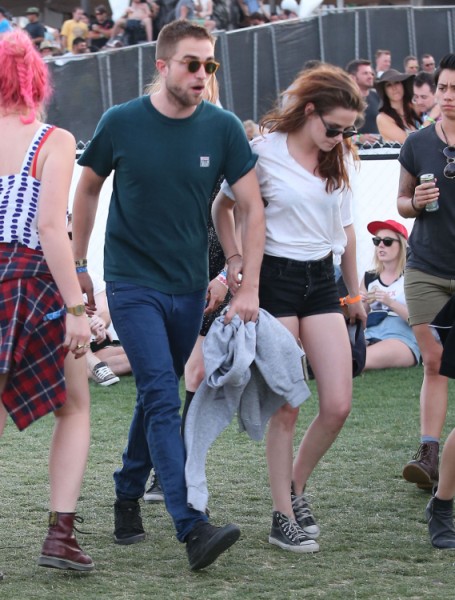 What’s a Friday without a sweet story on Kristen Stewart and Robert Pattinson’s sex life?

According to the most reliable newspaper gossip site of all time Kristen isn’t holding tight and making drowsy with Robert anymore because the two are shacked up at her mom’s house and they’re too afraid to make any noise. Jesus Christ, are we back in high school or are Kristen and Rob more like Edward and Bella than they ever want to let on? Can they not get busy without ripping the shit out of pillows and trashing bedrooms?

Regardless, the no sex rule is taking a toll to say the least. “They’re living with Jules because she’s going through a rough divorce from Kristen’s dad John. It’s having a bad effect on Rob and Kristen’s sex life – they’re too afraid to have any with her mum in the house,” a source told The Sun.

I’d say Rob and Kristen are doing just fine without all the sex. Even with the alleged Rupert Sanders hook up the two have been near inseparable every since Rob came back from Australia and super affectionate. Kristen’s actually letting Rob touch her in public now which has to be a huge step forward in their relationship. I guess, considering the circumstances, she has to let him touch her in public since she’s not letting him touch her in private but you get the idea. I’m thinking they’re solid and Kristen and Rob sex stories continue to be a good sell – whether they are actually having sex or not!

What do you think? Is there a Kristen Stewart sex ban because of the Jules Stewart divorce? The tabs are scraping the bottom of the barrel with this one…. Are Rob and Kristen (gasp!) not as exciting as they used to be?