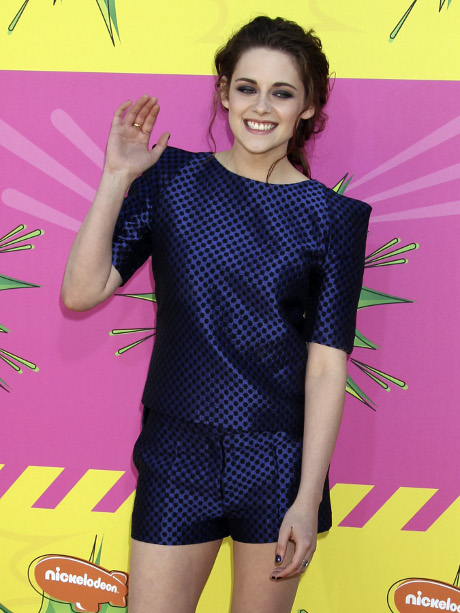 Kristen Stewart was captured visiting a tattoo parlor recently in Texas and even decided she’d take time, out of the goodness of her ridiculously famous heart, to pose with some of her bright-eyed fans. But many people are wondering . . . . Did Robert Pattinson accompany her on this inky adventure? He wasn’t captured in any of the pictures, but chances are the Kristen’s charming co-star tagged along for the ride. No matter what people say about them or how bad they try to hate each other, they’re one of those couples that just can’t stay broken.

It is rumored that Robsten, along with K-Stew’s best bud Scout, ventured to Texas as a dreamy unit. One fan reportedly saw them both and tweeted: “OMG, I think I just saw Kristen of Twilight here, in Marfa with a red-hair-girl and her boy … Robert Pattinson in Marfa!!!”

No pics have been snapped of them together, but I think it’s safe to say that Robert may have been lurking in the backroom somewhere as Kristen got tatted up. We’re not sure what kind of new ink Kristen got on her body, but perhaps she got it in celebration of her  birthday, which is April 9th — hey, that’s today!

As long as Robert and Kristen didn’t get matching tattoos all will be well. While I know matching tattoos on the Robsten unit would please the Twihards to no end, I just wouldn’t be able to handle that. However, I wouldn’t put it past the couple to walk around with twin tatts. What do you think? Do you think Robert tagged along with Kristen? Let us know in the comments section below.