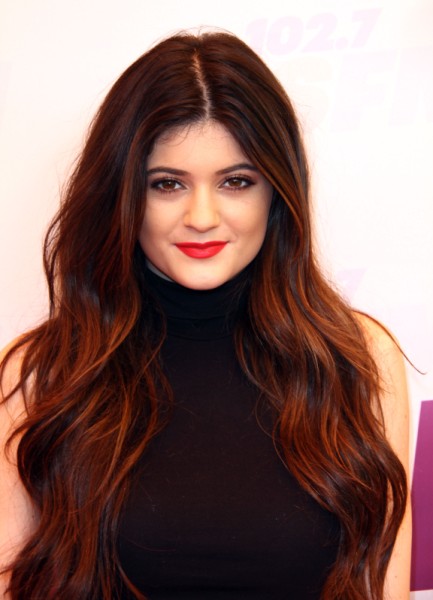 I’d almost forgotten about little Kylie. Kendall Jenner’s been flashing her crotch and getting into twitter fights so much lately I’d ceased to remember there was another Jenner girl hanging around. Well, she changed that, didn’t she? Perhaps that was the whole point of the sexy bikini? Kylie Jenner wanted the world to remember that she’s got the goods as well. Too bad she’s 15 though. That pretty much makes this photo shoot inappropriate as all hell. Look, I’m sure tons of high schoolers are out there posting provocative pics on facebook/twitter/instagram but their pics rarely have the kind of reach of a Kardashian/Jenner. Kylie put this out knowing more than just her high school friends would check it out. Why the hell is Kris Jenner letting her keep it up? I suppose we know why but damn, it just seems wrong. And I’m not an old fuddy duddy (although apparently I use fuddy duddy lingo). I’m young. I’m hip. I’m in… I guess. But damn, post a pic of your report card with all A’s on it. That might get more of a shocked reaction from people. We wouldn’t know what to expect if a Jenner/Kardashian actually showed intelligence. There is a strong sense of been there/done that with this pic. That still doesn’t make it any less inappropriate… just a tad on the desperate side. Is the 15-year-old hoping to grab some of Kendall Jenner’s modeling success or is this clearly a case of the youngest feeling left out of all the fun?

Are you surprised Kylie Jenner posted the sexy pic of herself? Anyone else think she’s a little too young for that kind of exposure?