Lamar Odom Blames Khloe Kardashian For Drug Addiction and Prostitutes: She is ‘Controlling and Mothering’ Him (PHOTOS) 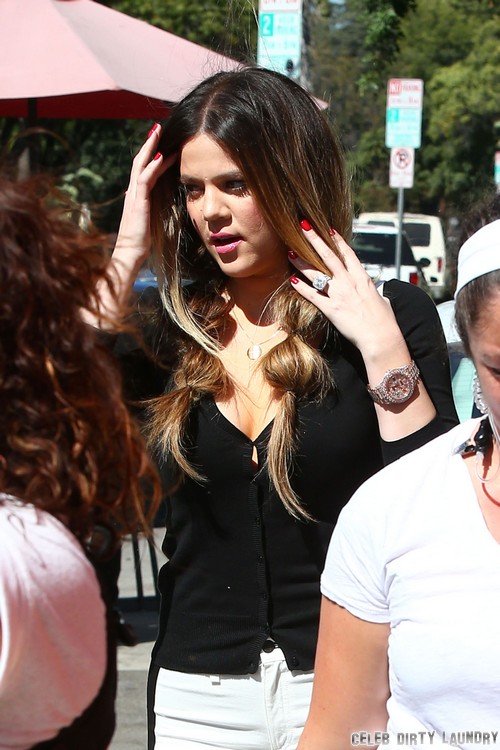 Throughout all the drama, Lamar Odom has stayed quiet about his marriage to Khloe Kardashian. However, sources tell Radar Online that Lamar is actually sick of Khloe acting like ‘his mother‘, and he just wants to be left alone.

A source says that Khloe is trying to control Lamar’s life to the nth degree, arranging what he does and who he sees, despite not even living together anymore. The source explains, “Khloe calls all the shots in Lamar’s life. She makes sure his assistant gets paid and is contact with Lamar on almost a daily basis. It has always been this way in their marriage. Khloe is extremely controlling, almost to the point of Lamar feeling suffocated. It’s no secret Lamar loves candy and Khloe would nag him constantly about it when she was attempting to lose weight earlier this year. It wasn’t about the candy, it was about Khloe getting her way, always. Lamar refused to give it up. He complained, ‘She acts like she’s my mother.’”

Is candy just an euphemism for something else? Right now, I think ‘candy’ is the least of Khloe’s worries – and when it comes to her ‘controlling’ his life, what else would anybody do when their husband is a cocaine-addicted druggie? Of course she’s going to act like his mother if he can’t act like a responsible adult. I generally don’t make a habit of supporting the Kardashians, but in this particular case, I have to be team Khloe all the way. Regardless of all of her other famewhoring habits, she’s stuck by her husband’s side through thick and thin, and I think it earns her the right to ‘mother’ him if it does him any good. Clearly, it hasn’t helped, but can anyone blame her for trying?

Khloe Kardashian and her mother Kris Jenner grab lunch together at Stanley’s in Sherman Oaks, California on September 30