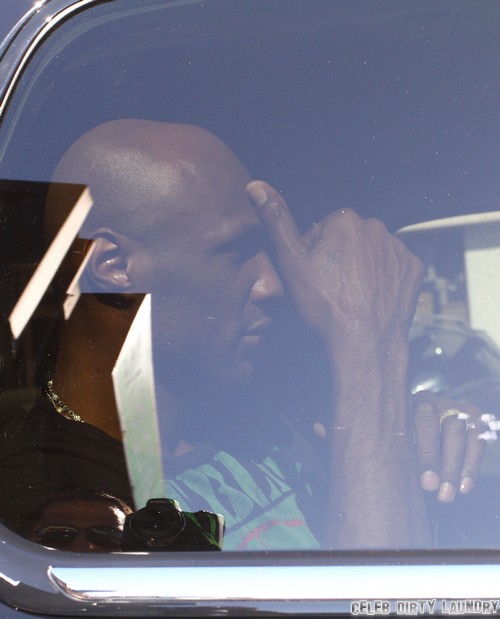 Where is Lamar Odom? Is he in an undisclosed rehab somewhere tucked far out of sight in the hopes that he can clean up his act minus the media glare that has watched his every move all summer long? Is he all smoked up in a crack house somewhere as the Kardashian/Jenner publicity machine would really like us to believe? Here’s what we know for sure, Lamar will be seen with Jennifer Richardson and Polina Polonsky on each arm before he will go anywhere near the Kardashian Klan.

Lamar is now being wisely guided by his agent and a team of people that want to help him get clean and save his NBA career. In doing so they have effectively cut Kris Jenner and the rest of the family out of the information loop. It’s pretty obvious that someone has spent weeks spoon feeding drug binge info to particular media outlets and all eyes are on momager, Kris. In trying to pave a clear divorce path for Khloe Kardashian if she should want one, Kris has vilified Lamar in the worst of ways.

It’s really the most foolish thing she could have ultimately done because if Lamar bounces back from all of this, he is out for blood. The family hasn’t really tried to help him. Instead they handed him to the press and guess what? Lamar is like the gate keeper for all of the family secrets! He has the dirt and inside info that we could only imagine. According to the Sept. 16th print edition of In Touch he is gunning for Kim Kardashian because he can’t stand her self absorption. She pretends life is great but on the side told Lamar that her baby daddy Kanye West smells bad and she’s not really attracted to him!

That’s just a tidbit of what is to come once Lamar is on a better path! Do you think he’ll start to spoon feed secrets about Kris’ infidelities and exactly what Kim has done to earn her money? I do and I think it’ll serve them right! In the meantime do you believe that Lamar is hidden in rehab? Tell us your thoughts in the comments below!