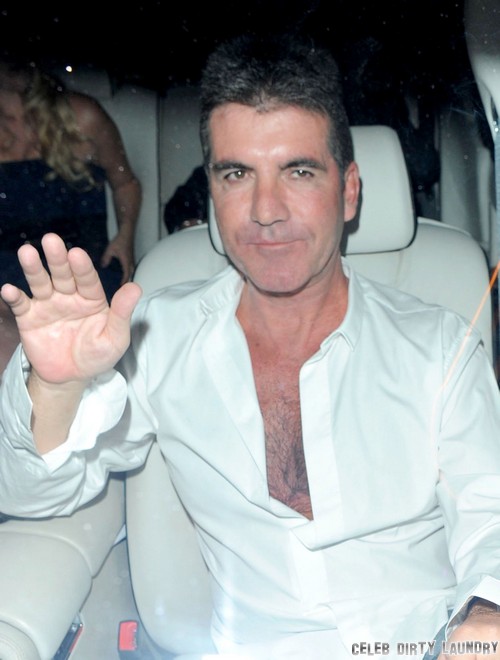 Just when we thought the story about Simon Cowell knocking up his former best friends’ wife was winding down a nifty new nugget has come to light. We already know Lauren Silverman has been screwing Simon behind her husband, Andrew Silverman’s, back for four years and that divorce details are already settled. It looks like a clear case of Lauren handing him the out that he desperately wanted and it’s a situation that’ll cost Andrew a whole lot less cash than if he walked away of his own volition without obvious cause.

According to the Aug. 26th print edition of GLOBE the end of the Silverman’s marriage became very clear in late June when Andrew came home and caught his wife in bed with Simon. Apparently it was the kind of situation that couldn’t be denied so Lauren dumped her guts on the spot, also proclaiming her pregnancy to both men.

Within a few weeks of that startling discovery Andrew had gotten his ducks in a row and filed for divorce from Lauren. He was likely gearing up to make a formal announcement when Lauren decided to beat him to the punch and talk first. She quickly claimed that she and Simon were in love and having a baby, something that the notorious curmudgeon has yet to speak publicly about.

Andrew probably sensed that something was up between these two and truth be told he supposedly has had a string of affairs himself. But catching Lauren in flagrante delicto no doubt makes anything that he has done look pale in comparison. Do you think Simon will agree to play house with Lauren and the baby? He’s surely going to take care of her, but will he actually be with her? Tell us your thoughts in the comments below!