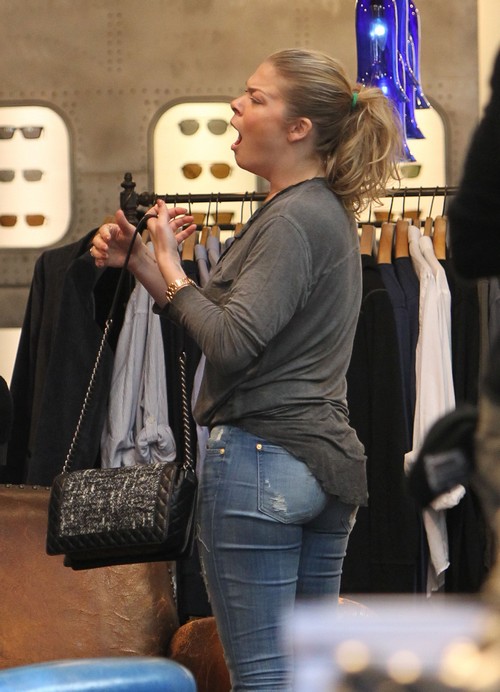 The ticking time bomb that is the marriage of LeAnn Rimes and Eddie Cibrian hit the newsstands this week – to the surprise of absolutely no one. We all knew that this marriage was not the stuff that dreams were made of, and that eventually cracks would begin to outwardly appear so that even a hundred happy marriage happy tweets a day couldn’t mask the hell that has become their marriage.

In a very contrived effort to down play the rumors that Eddie wants to leave her because she is drunken psycho, they likely called the paparazzi that LeAnn has on speed dial to take photos of them holding hands while LeAnn grabbed a smoothie. Thing is neither one of these two are very good actors so the strain in their face and body language spoke to the true nature of their relationship and six words come to mind – he’s just not that into you.

Later in the day they spent hours in hair and makeup getting reading to unveil their couples Halloween costumes that LeAnn had spent all week building up suspense for. She was just soooo exciting and it was going to be sooooo good, and in the end all the effort was for the not because they totally missed the mark 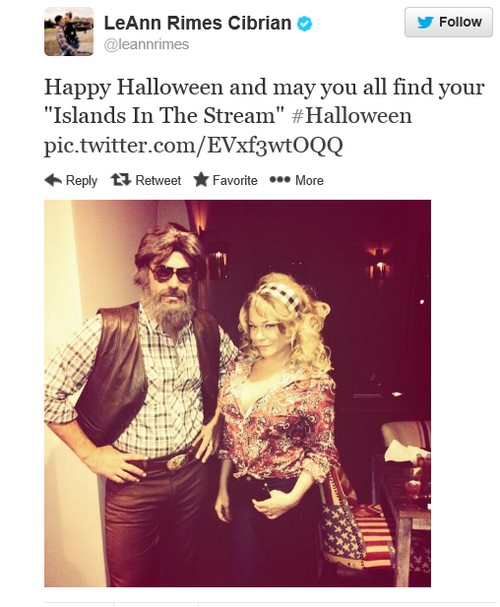 If she hadn’t given us a clue I would have had no idea who they were trying to be Dolly Parton and Kenny Rodgers (and yes thanks to my country music loving mother I grew up listening to them) – would you!?! When someone tweeted LeAnn that she and Eddie had missed the mark LeAnn responded (because bless her heart she just can’t help herself ) in her snippy LeAnn way writing, “look them up in the 70’s we were right on thx.” LeAnn if you have to give hints so that people know what your costume is then yes you missed the mark. Here is a little advice if you are going to spend all October pumping your Twitter fans up about this great secret costume you have planned than you need to start taking notes out of Heidi Klum’s costume playbook because she hit’s it out of park every year with her costumes – yours not so much.

With Halloween done LeAnn went back to being all LeAnn, meaning she showed us again that she isn’t low class – she is no class – by suggesting we shouldn’t explain guns to three year olds, but we should however explain to them that it is ok to cheat if it is “true love.” Here is the silly exchange: 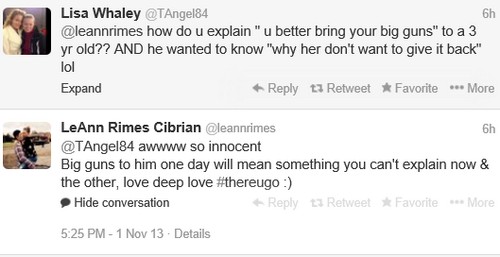 See LeAnn, even a three year old has more moral reasoning than you, or at least he did until he listened to Borrowed and had someone explain to him that guns are a no no but cheating is perfectly fine (**shaking my head**). There is a lesson here – no one should ever ask LeAnn for parenting advice, let alone take it.

Also in LeAnn news… she has remained mum on the dismissal of lawsuit number – gosh LeAnn what is it now, I just can’t keep up. But one of her Twitter friends decided they would be her mouth piece and issued a warning that LeAnn is not done suing people and ruining lives: 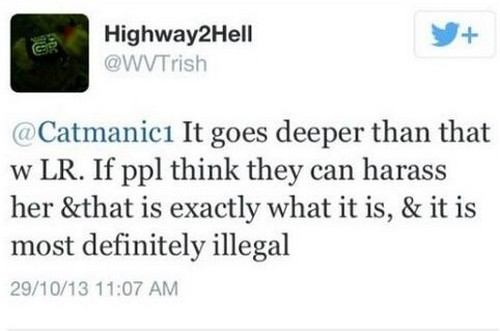 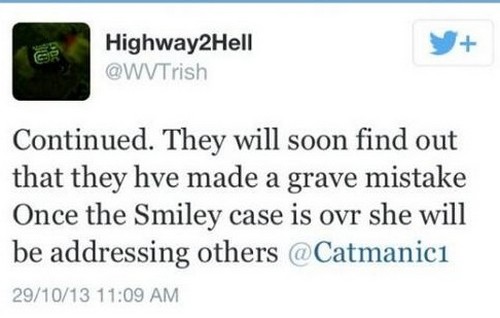 If this is true than LeAnn is even more ignorant than I give her credit for. Suing the Smiley’s was one of her biggest PR blunders. Win, lose, dropped, or like it turned out, a dismissal – just by pursuing it she lost where it counts most for her – in the court of public opinion.

Listen LeAnn you went from having a music career to being a singer who has no label and is shooting your latest video on an iPhone – (**face palm**) – an iPhone LeAnn, an iPhone! It is beginning to appear that perhaps one of your biggest flaws (and there are just so many) is your inability to learn a lesson. I know you love quotes so here’s one, “life will give you lessons, it’s up to you to learn them.” Learn them LeAnn … or don’t … just stop hurting people.  LeAnn called me a “horrific ‘human being'” on Twitter – but perhaps she was looking in the mirror or had her iPhone set to “selfie.”

LeAnn Rimes and her husband Eddie Cibrian do some shopping at the John Varvatos Clothing Store before stopping for lunch at Taverna Tony Restaurant in Malibu, California on November 1