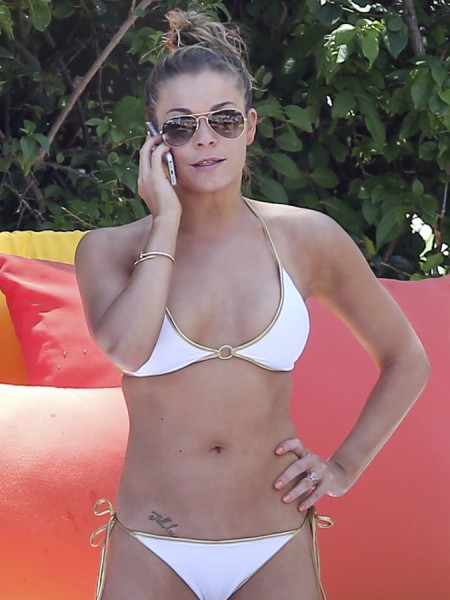 Celebrity publicist Jonathan Jaxson is making waves in Hollywood again with his new book, Don’t You Know Who I Am Yet?. In it he chronicles his sly and covert movements as he attempts to make people happen in the City of Dreams.

Through an exclusive source Celebrity Dirty Laundry managed to get our hands on some excerpts of the book due out on May 28 in E-Book format and paper back. We can already tell LeAnn Rimes isn’t going to be too stoked at the references. Jaxson recalls a time when he met the country singer at a charity event he put together in Florida. He happened to be nearby her tour manager who took a call from the singer asking for laxatives after she ate a ton of food. The manager informed Jaxson that she takes them everyday to maintain her figure but has someone else carry them around for her. Jaxson also goes on to highlight the Brandi Glanville/LeAnn Rimes feud and writes LeAnn loves using Twitter to drive Brandi crazy and has even used him, his friends and her fans to help her out in that endeavor.

This is nothing too new, right? LeAnn Rimes’ laxatives rumors have followed her around for years. Brandi’s even brought them up. It’s funny though how she spends her time plotting over Twitter!

Also in the book are stories relating to our favorite reality stars including Nene Leaks and Kim Zolciak. Jaxson credits himself for helping Zolciak rise in fame and even slams Leaks for attempting to sabotage her image. Damn! Didn’t they just make up on the latest reunion? I so want a Zolciak/Leaks friendship to happen again although I do love it when they fight. It leads to such gold like “Close your legs to married men!” Priceless.

Are you intrigued? Be sure to pick up Jonathan Jaxson’s book if you want more inside seediness. If you do, let me know what you think. I love a good reveal especially when it comes to reality stars! And it’s not like Jaxson’s completely out of left field. He has a history of working with Kim Kardashian and even had the dubious honor of getting sued by her. He was one of the first to come out and expose Kim for faking her marriage to Kris Humphries. Looks like he might have been right all along….