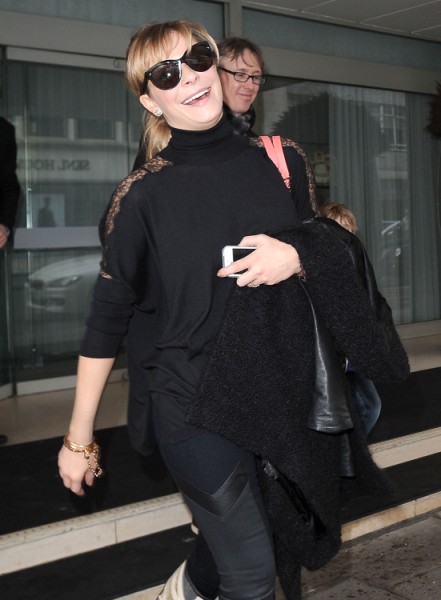 Brandi Glanville just recently came out and said she was done ripping on former husband, Eddie Cibrian, and his emotional and somewhat unstable wife so, naturally, LeAnn’s taking that as her cue to tell her side of the story. While in London, LeAnn Rimes reportedly gave a pretty amazing performance at the Country To Country music festival on Sunday night after she hung out at the ironically titled talk show, Loose Women, where she promoted her new album by basically discussing the ugly affair and ongoing feud that have been her life over the past three years.

“We were both married to other people and we went through the whole affair and thank god it turned out, it came out in my music and I like I said I really didn’t set out to do that. It was very cathartic….. even though it was crappy at times, but it gave me a lot to write about and I took my time. I wrote nine of the 13 songs on the record. It’s personal but at the same time I feel like I’m not the only one that has been through what I’ve been through,” she said.

Most artists take from their personal lives to write their music. I get that. But I love LeAnn’s marketing pitch now. You want to know my side of the whole story? Buy my album!!

Unfortunately, I’m not getting reeled in. LeAnn’s the homewrecker. I would much rather spend the $10 on Brandi Glanville’s book because the details thus far have been nothing short of amazing. Besides, the only homewrecker’s point of view I’ll ever be interested in is Angelina Jolie’s. If she made an album I’d scrutinize every word. Until then though, I’m saving my money and limiting my attention span to LeAnn’s 140 characters or less on Twitter.

Oh, maybe I should go easy on LeAnn Rimes. London looks like it did her some good. Bless her heart she’s trying to appear normal and together in public. It can’t be easy with an impending Lifetime movie. God, I’m looking forward to that. She should get her side out as much as she can because that isn’t going to be pretty.

Anyone out there listen to her album yet? Does it give any dirty details? Should Brandi be nervous? I doubt she even cares.