Leonardo DiCaprio Taking Long Break From Acting To Focus On A Family? 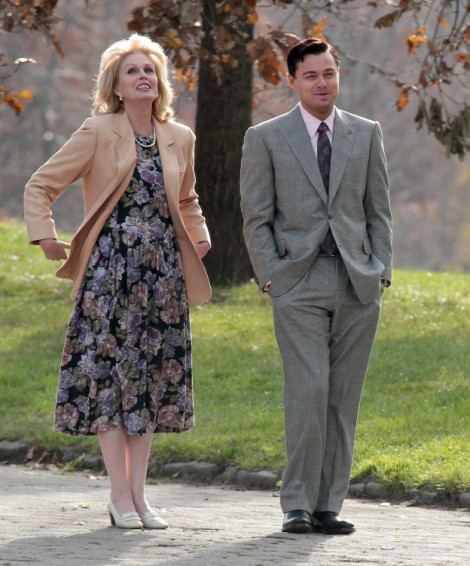 Can you picture Leonardo DiCaprio married with children? Ya, I can’t either. But I’m getting the sense he can. I sometimes talk about girls of a certain age. Mila Kunis is one and so in Anne Hathaway. They’ve reached milestones in their careers and are ready to take the plunge into family/motherhood. Leonardo just turned 38. Forty is ever so close. You think that doesn’t affect him? He’s an actor which basically means he’s shackled by ego and self-doubt (why do you think all the supermodels?). Could that be the reason for the hiatus from Hollywood? Leonardo just announced he’s taking a long break from work. But work has never stopped his partying before. You just need to check out the recent pics of him partying with Jonah Hill around naked beauties to know that. So does Leo have something else in mind? Is he ready to settle down and take that next step?

But with who? Since breaking up with Erin Heatherton, Leonardo has been playing the field. People think he’s dating his co-star Margot Robbie but I bet they’re just screw buddies. She’s not his type. But is that what he needs right now? Could Leo be tired of supermodels and ready to knock up an actress instead? I can’t see Leo playing house with anyone but I can see him getting a chick pregnant and setting her up in one of his houses to keep her close Jeremy Renner style. It’s not necessarily romantic but it gives him what he wants (kids) on his own terms (no wife, a.k.a. baggage).

But still, why can’t a break just be a break? Because so much has happened to Leo within these last couple years. He actually got his heart broken by Blake Lively who went on to settle down with Ryan Reynolds. He’s watched his long-time girlfriend Gisele move on and create a seemingly perfect family of her own. He, allegedly, gave away perennial bride Kate Winslet at her third wedding and he’s watched best friend Tobey Maguire happily raise his small brood. The “pussy posse” has grown up.

So I’m calling it. Leonardo DiCaprio Taking Break means there’s a little Leo coming. It might not be next year but it’s coming. There’s some soul searching that’s going to go on during this hiatus and probably a lot of sex. He’s an adventurous man of a certain age and this is uncharted territory.